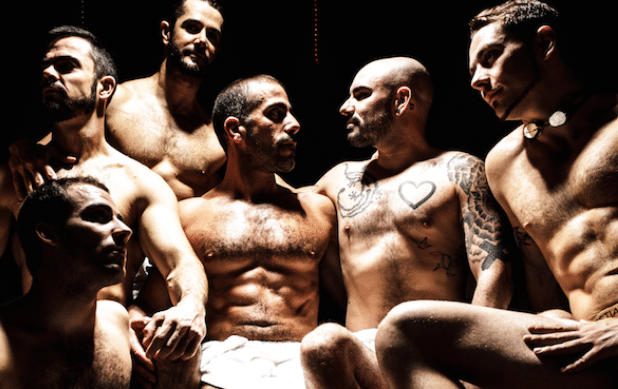 Bathhouses and gay saunas are maligned as ‘seedy’ but are actually relaxing, friendly and much needed, argues José Rivera

When I first read that London’s biggest gay sauna, Chariots, would be demolished to make way for a luxury hotel, I was really disappointed.

Yet another historical gay safe haven would be lost to the gentrification sweeping major urban areas like London, Manhattan and the closer Brooklyn locales, Amsterdam, and beyond. As Dazed put so eloquently ‘assimilation is definitely not liberation’.

The stigma in the young gay community surrounding the ‘seedy nature’ of gay saunas, bathhouses, and spas is plagued with stories of literal filth, creepy old men, and a reliance on drugs and sex as a means of communication.

Sure, you could totally have sex there if you want – but I’d say only about 10% of the encounters in gay saunas, steam rooms, and bathhouses are sexual in nature. There is nothing wrong with hooking up in a sauna or with someone you meet while there, but it is far less common than people expect.

To say it simply, gay saunas provide a safe community for LGBTI identifying men to get naked with their friends and hang out.

1 Gay saunas are a safe space to explore your sexuality socially in addition to physically.

85% of the action in the sauna is conversational. Open conversations about gay lifestyle, sex, nightlife hotspots, and domestic/international news is often what you walk into.

Occasionally, men read books and newspapers provided by the location. Others massage one another. Men check out other men and talk about their own physique, their physical habits and workout regimens, new diets, skin creams…

Guys chat about their latest hookups, their main Grindr photo, etc. The haven provided by the sauna allows for guys of similar minds to unwind and get to know each other in a safe space.

2 Gay, bi, queer identifying men of all ages, shapes, and backgrounds frequent them.

The gay saunas I have had the privilege of frequenting are often chock full of the most diverse, interesting men. Models, businessmen, performers, and gym rats come in all shapes and sizes, take off their clothes and sweat.

I typically steam after an intense workout or rehearsal to ensure my musculature won’t inhibit my flexibility. When I stretch do I get hit on? All the time. Do I have to engage in sexual activity in a gay sauna to have a good time? No, because most people are literally just chilling trying to sweat away their day’s work, relax their body and mind.

3 Go alone or with a friend.

I often go with my gym buddy. We’ll go swimming, and then we’ll steam after.

When I’m tired after a long day of work or after a Bar class, I run alone to steam and deepen my breath. Lots of guys go alone or meet up with a friend after being there for a while.

It’s not strange to see someone meditating in the corner of a sauna, or chatting with a new comrade about their favorite ice cream flavor (this conversation happened next to me last month). Either way, it’s cool.

4 Drugs are a no, but sex does happen and it’s not weird.

Sex is allowed, and it is not ‘creepy’ or ‘weird.’ If someone hits on you and you are not interested, the rules of consent still apply. If you are interested, great – go for it!

Cruising in a gay sauna is often incredibly respectful of the other men in the space. Often times men wait until a space clears out, or they relocate to the privacy of their own home. Most gay saunas provide condoms, lube, access to private rooms, etc.

Saunas allow you to sweat out toxins. And how great to surround yourself with other gays while you do it!

There are also typically professional masseurs, estheticians, and nail professionals on site if you’d like to pay for a service. So relax and enjoy the site and conversation of beautiful, diverse gay bodies!

Safe spaces like gay saunas provide a space for true sexual freedom and liberation that has yet to become a mainstream part of mainstream gay culture.

Homoconservatism subdues true expression of ones sexual identity, and it is at a place like a sauna where you are free to explore, act, speak, and think freely.

I am sad to see Chariot’s go but look forward to my generation using gay spas to continue to engage in dialogue about our history, and on the importance of having such a space.