Home Gay Life The Out Hotel Is No More, Thanks to Ted Cruz 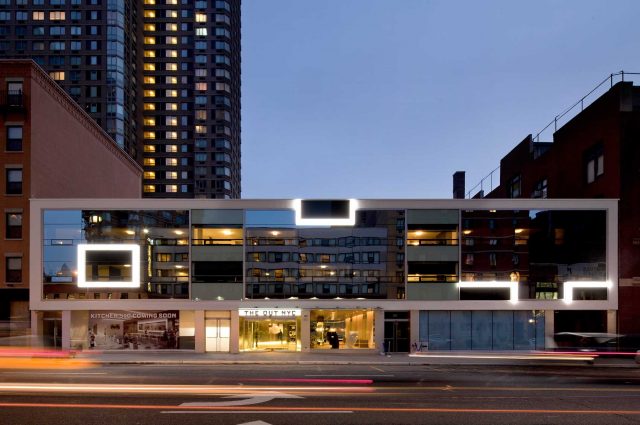 The owners of the gay hotel in New York City faced a boycott after their dinner party for the senator.

The hotel that had become a symbol of support for Ted Cruz’s antigay policies is now closing.

The Out Hotel in New York City faced a heated boycott last year after its gay owners held a fundraising dinner party at their home for the Texas senator and Republican presidential hopeful. Ian Reisner and his business partner at Parkview Developers, Mati Weiderpass, came up with a lot of reasons for that party, but none flew. Numerous groups canceled events in outrage, including the New York Gay Men’s Chorus, AIDS Walk, Broadway Bares, Urban Bear, and more. When the boycott began spreading to the Fire Island Pines commercial district, the management there publicly distanced themselves from their chief investor. A Facebook group launched in the hopes of exacting a punishment, though exactly what that should be was always unclear.

Things had recently calmed down, with that Facebook group disbanding, but business remained slow. The Real Deal, a real estate blog, reports Out NYC was just sold for $40 million to Merchants Hospitality. Its hotel, restaurant and nightclub will no longer cater to a gay clientele.

Cruz, booed by his own party during the Republican convention, was named The Advocate’s Phobie of the Year at the end of 2014. Along with a table of high-dollar guests, he’d met with Reisner and Weiderpass in April 2015. The two had first claimed it wasn’t a fundraising dinner but later admitted donating $2,700 — the maximum allowed — as a show of “support for his work on behalf of Israel.”

The owners have been alternately contrite and angry during the boycott. They feigned ignorance about Cruz’s anti-LGBT policies and asked for forgiveness. Nothing seemed to work.

It wasn’t a win for Cruz either. When asked about the dinner party on the campaign trail, he called himself a “big tent Republican” and simultaneously announced he’d push for two new anti-LGBT bills in the Senate. The first would amend the Constitution to allow states to define marriage as only between one man and one woman, and the second would ban federal courts from ruling on marriage. Amping up his anti-LGBT rhetoric, though, didn’t stop the meeting from coming up here and there in attacks against him as weak on LGBT issues. The hotel might never have made money, even before the boycott began. In an interview in May 2015 with New York magazine intended to smooth things over — but that actually insulted LGBT consumers — Reisner said it hadn’t turned a profit.

“You know, it’s so ironic — I wanted to build kind of a community center in the gateway to Hell’s Kitchen, which in 2008–2009 was already a gay place and now it’s even gayer,” Reisner said. “Very close to Broadway. We decided there’d be so many different ways to give back to the community. We show gay artists there. For gay performers, we have let this cabaret club go on for three and a half years. And you don’t make money when you let drag queens in on Tuesday night and 30 people drink at $10 a drink and you have to pay five people to watch over the place. You don’t make money. … My only point is, this has not been a profitable venture. Gays are cheap. They’re frugal; gays are frugal. Let me retract that … gays are entitled … Do you know how challenging it is to make a penny off a gay person? I’m gay, I don’t pay cover. I’m gay, where’s my comp drink? [Everyone laughs.] No, I’m being serious! The Out NYC has not shown a profit yet.”