Home Gay Life These 13 countries voted against UN ban of death penalty for being... 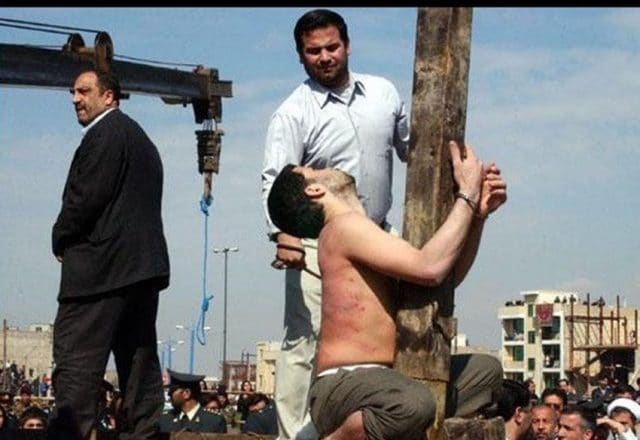 The United Nations Human Rights Council has voted to condemn countries who use the death penalty on gay people.

Although the resolution passed with 27 countries voting for the measure – 13 countries including the United States voted against.

In the vote on Friday 27 September, seven countries also abstained.

Being gay is still punishable by death in six countries including Iran, Saudi Arabia, Sudan and Yemen.

Although not countrywide, there are also parts of Nigeria and Somalia where the death penalty is in use against LGBTI people too.

However, this resolution doesn’t call for an end to death as punishment. Instead, it calls on countries who have the death penalty to make sure they do not use it in a ‘discriminatory manner.’

This means not using the death penalty on:

‘It is unconscionable to think that there are hundreds of millions of people living in States where somebody may be executed simply because of whom they love.

‘This is a monumental moment where the international community has publicly highlighted that these horrific laws simply must end.’

Who voted against the resolution?

This is not the first time the UN has made this kind of statement.

More than a decade ago, the now-disbanded UN Human Rights Commission passed a similar resolution. The United Nations General Assembly in New York also passes a resolution on ‘extrajudicial, summary or arbitrary executions’ every two years.

However, this resolution is the first by the UN Human Rights Council in Geneva.

There were six attempts by Egypt, Saudi Arabia, and Russia to change the resolution. This could have watered down the wording and therefore, impact of the motion. Despite this, the amendments all failed to allow the measure to pass.

These are the 13 countries that voted against the resolution:

However, despite submitting several changes, Russia is not able to vote.

An extensive campaign by human rights groups opposing Russian membership was successful in 2016 when they were denied a place on the council in 2016. The groups took issue with the country’s bombing of Syrian cities.

Adré du Plessis, Head of UN Programme and Advocacy at ILGA told GSN why the US voted against the resolution:

‘The United States has the death penalty and has a consistent record of voting no on resolutions that are against it.’

Essentially, it is important to see the United State’s ‘no’ vote is therefore on the wider application of death penalty – rather than the issues of consensual same-sex relationships.

However, he shared his gratitude towards the eight countries that brought the resolution forward: