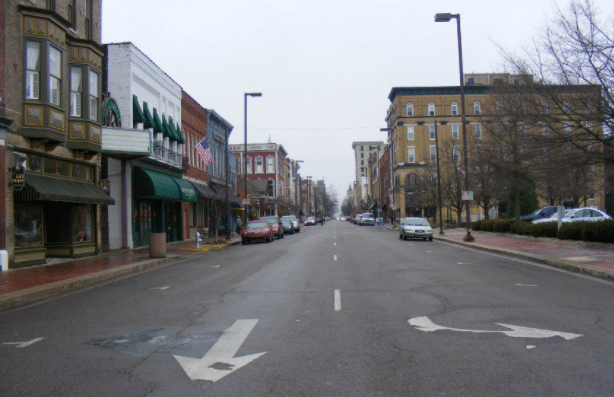 In a 4-1 vote on Tuesday (9 January), the city leaders of Paducah, Kentucky voted to pass an anti-discrimination law.

Paducah became the ninth city in the state to pass what’s known as a fairness ordinance. It consists of explicit laws banning discrimination of LGBT people for housing and public services.

It’s the first town in western Kentucky to pass a fairness ordinance. The town, settled in 1821, currently boasts a population a little over 25,000.

‘It was a historic night in Paducah and western Kentucky,’ said Chris Hartman, director of the Fairness Campaign. ‘I think we’ll see a trend of this passing in other cities down the line.’

The only vote against the ordinance came from City Commissioner Richard Abraham.

A new battle in the US

Anti-discrimination protections for LGBT people is a current hot-button issue in the United States, especially in the face of religious freedom.

In November, the Kentucky Supreme Court agreed to hear a case about this rift. An LGBT organization based out of Lexington wanted t-shirts made but the owner of the shop, Blaine Adamson, declined based on his beliefs.

On a nationwide scale, the US Supreme Court is currently hearing the case Masterpiece Cakeshop v. Colorado Civil Rights Commission.

However, the US still has a long way to go in establishing broad, federal protections. Just this week, the Supreme Court refused to hear a case about anti-LGBT discrimination out of Mississippi.

Voices are becoming louder, though. The people of Arizona largely want more protective laws, just like Paducah passed. If it keeps up, it could become the new norm.