The posters told LGBT students to “follow your fellow faggots” in committing suicide.

The signs featured a figure with its head in a noose, with a caption reading “Follow your fellow faggots.” 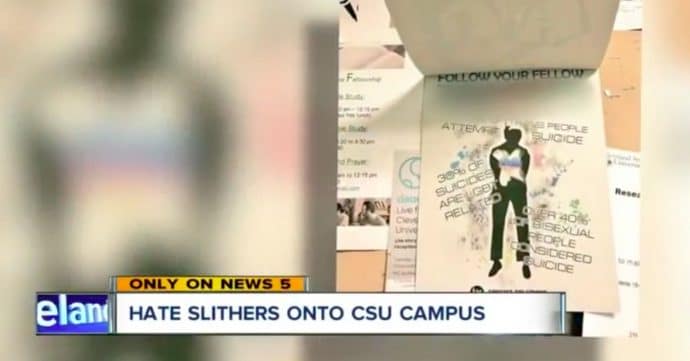 Also included were various statistics purported to indicate links between suicide and the LGBT community—including that 30% of suicides are LGBT-related and 34% of trans people attempt suicide. (Studies actually put that last statistic closer to 40%.)

“The coercion of someone attempting to take their own life, there is no humor in that,” Eris Eady of the LGBT Center of Greater Cleveland told NewsNet5. “There will never be humor in that. There is nothing funny about death.”

No one has taken credit for the fliers yet, though there is an attribution to “Fascist Solutions.”

In a statement Tuesday, CSU President Ron Berkman said the school condemns discrimination, but strangely added it was also committed to the First Amendment, “even with regard to controversial issues where opinion is divided.”

“Two posters were removed by CSU Facilities Services because proper posting procedure was not followed,” a university spokesperson old WOIO-TV. “Prior approval needs to be provided before posters are added to that billboard.”

President Berkman later apologized for failing to express “my personal outrage” over the homophobic posters.

Dear CSU community, please join me for an open meeting tomorrow to discuss a recent incident involving an anti-LGBTQ+ poster on campus. pic.twitter.com/ae1u7wBty3

This is not the first time—or the first city—to be hit with these signs: In April, the same flyer was spotted on a bus shelter in Houston’s gayborhood of Montrose. 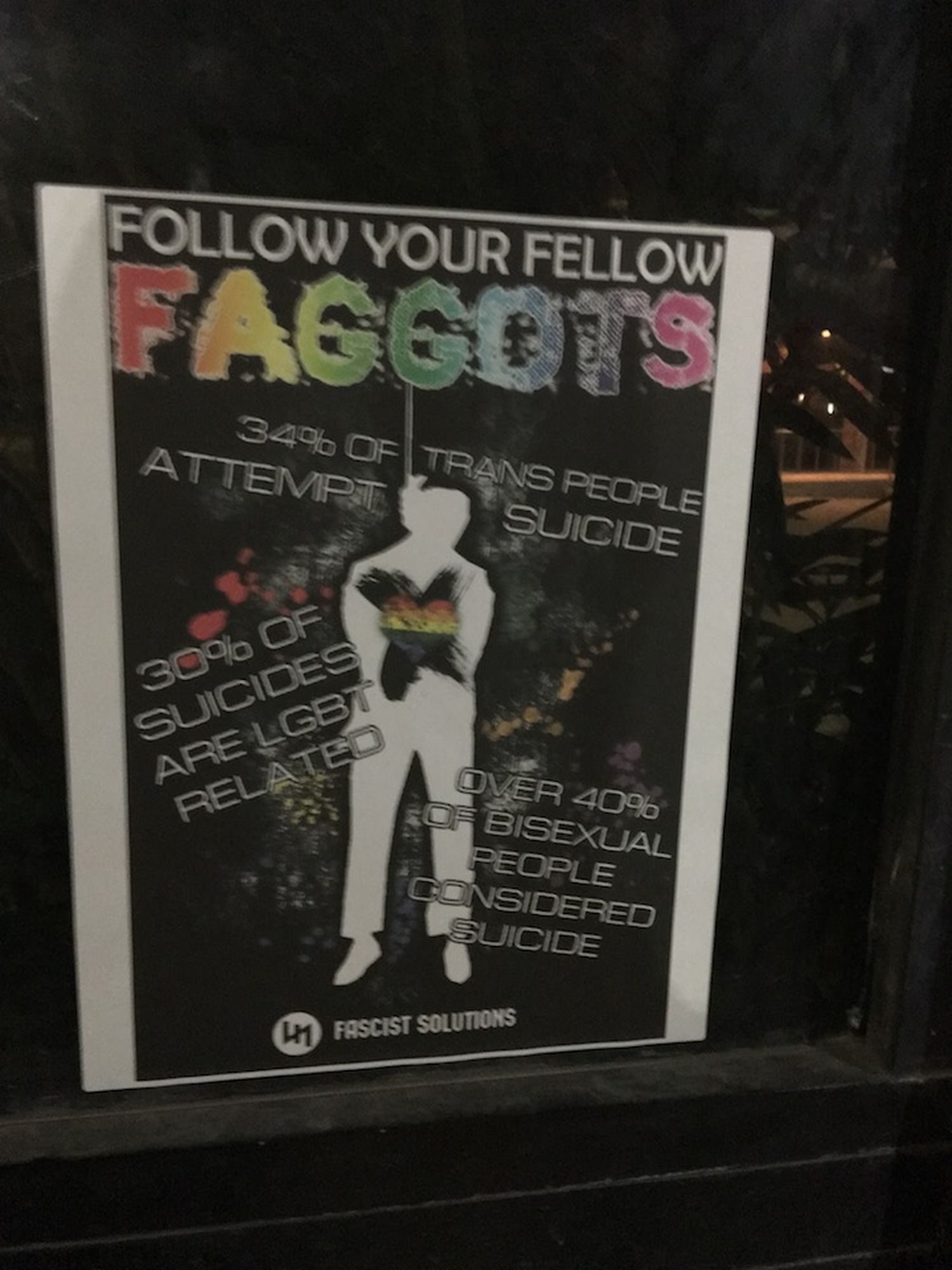