Police released have photos of the deceased “as a last resort.”

Bruce McArthur was arrested in January in connection with the disappearances of Selim Esen, 44, and Andrew Kinsman, 49, who went missing last spring. Since then, authorities have also charged the 66-year-old landscaper with the murders of Majeed Kayhan, Soroush Marmudi, and Dean Lisowick. 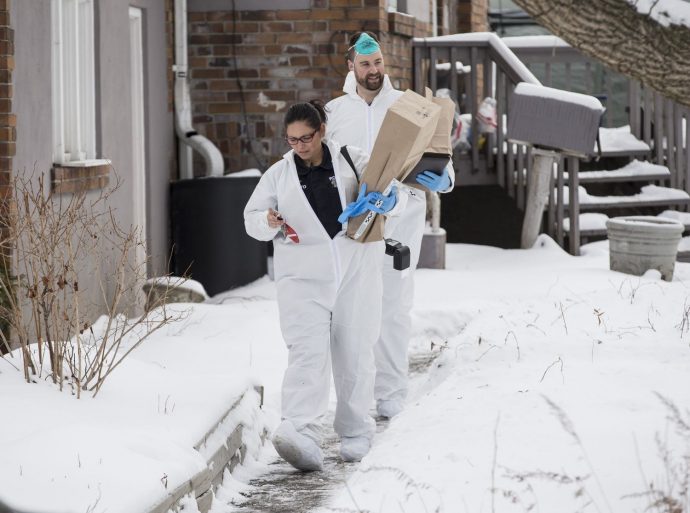 They’ve turned to the public for help in identifying the latest victim.

“I do not want to release this picture and I’m doing so as a last resort,” said Detective Sgt. Hank Idsinga, showing a photo of the deceased. “I’ve never done this before—I do it with great hesitation. It is obviously a key piece of evidence that we have that we are releasing, but we feel by releasing it, hopefully we can identify him and close off that area of the investigation.”

Officials have only been able to identify three of McArthur’s alleged victims. They believe he met the men in the village and on gay dating apps for older men. On his Silver Daddies profile, McArthur described himself as interested in younger men. “I can be a bit shy until I get to know you, but am a romantic at heart,” he wrote.

5/7 Police released an image of a man they believe is a victim of Bruce McArthur. https://t.co/P5FkvjvLqH pic.twitter.com/SCdGIsGzIv

All the remains were found inside large planters at a home where McArthur, 66, worked as a landscaper.

Police have been criticized for dismissing the possibility of a serial killer early on in the investigation. Additionally Toronto police chief Mark Saunders has been slammed for suggesting it’s the fault of people who knew McArthur for not coming forward earlier.

“If anyone knew before us, it’s people who knew [McArthur] very, very well,” Saunders told The Globe and Mail. “And so that did not come out.” If they had, he added, “I think there is a very strong potential that the outcome could have been different.”

McArthur is due back in court on March 14.