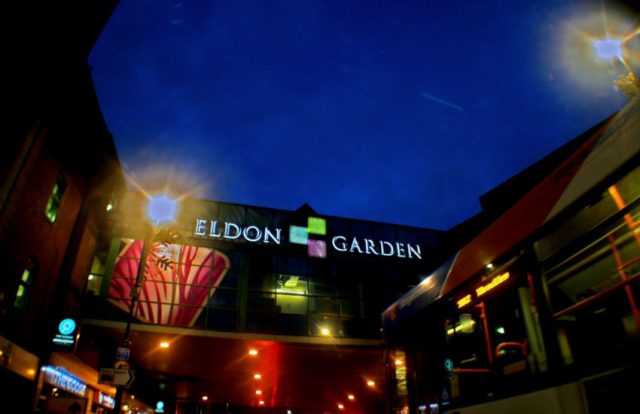 Two man have been caught and arrested after performing a sex act in the public bathroom of a Newcastle shopping centre.

A manager called the police after catching the couple engaging in the sex act in front of the urinals.

The incident occurred around 6pm and the police arrived soon after.

Eldon Garden’s traditional late night shopping event occurred on the same day and the judge has condemned the two for their reckless behavior.

‘It’s in full view of the main area of the mens’ lavatories, in front of the urinals.

‘It’s not an allegation that was contained in a cubicle,’ Poppett said.

The pair were charged with engaging in sexual activity in a public lavatory and escorted back to Forth Banks Police Station.
Judge Poppett added: ‘At around 6pm, a witness who is employed as a manager at Eldon Garden says he observed [a man] walking into the male toilets on the ground-floor.

‘He says there has been suspicious activity by [him] in the past and he waits outside the toilets for a moment or two before entering.

‘He saw [the pair] about a foot away from each other.’

The pair were remorseful..