“We have never experienced this kind of homophobic vandalism on our billboards before,” said a spokesman for Squirt.

Vandals in Washington, D.C. defaced an ad for a gay hookup site by drawing rifle scopes on the foreheads of a gay couple pictured on it.

A poster for Squirt located inside the Shaw-Howard University Metro station was vandalized on September 21. In addition to the bullseyes, the word “gay” was written on one of the men’s arms, with “fag” scrawled on the other. 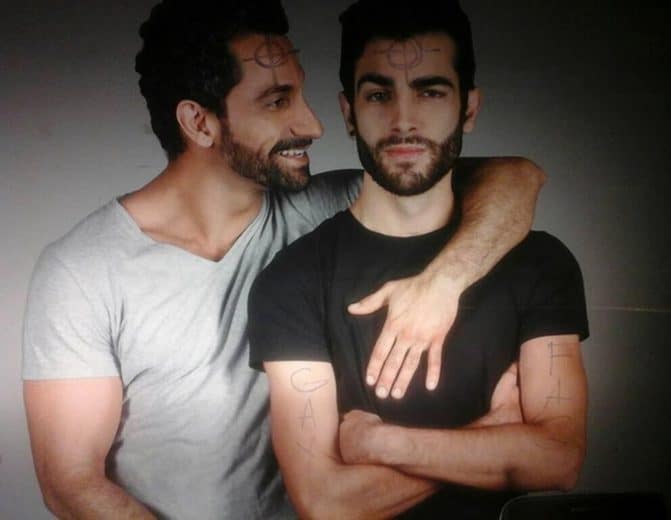 “We have never experienced this kind of homophobic vandalism on our billboards before,” said Attila Szatmari, the digital business director for Squirt’s parent company, Pink Triangle Press.

Although this is the first time anti-gay slurs have been spotted on a Squirt poster, it’s not the first time the company has run into trouble with its advertising.

In 2015, video surfaced of a Miami man claiming to be a Marine ripping apart a bus shelter to destroy one of the company’s ads. 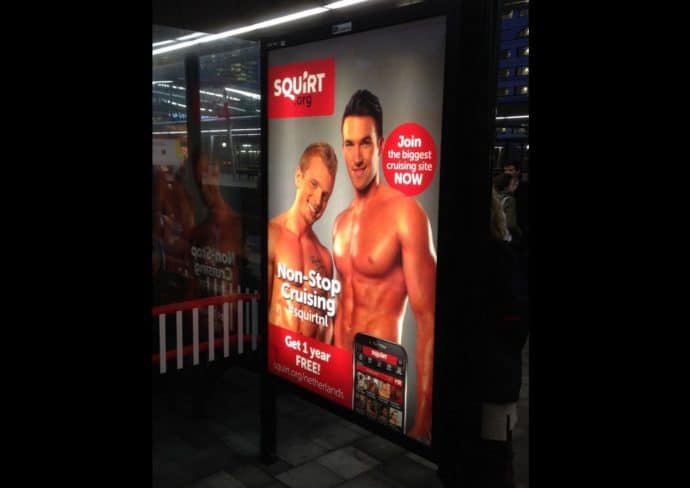 According to the company, the subway ad was cleaned up within a day. No one has claimed responsibility for the vandalism.

“This is our first campaign in Washington, D.C. since the Trump administration came to power and it is very sad to see the change in behavior,” says Szatmari. “It seems that some people feel that it is okay to spread homophobic messages. The Trump administration needs to work on uniting America and making sure that people feel safe, regardless of their sexual orientation, race, or religious beliefs.”