Home Gay Life Why Did This Man Step In Front Of A Train On New...

Gays in South Africa are four times more likely to suffer from anxiety and depression.

Tyrone Hartzenberg ended his life on December 31 by stepping in front of an oncoming train. The 29-year-old South African had been taunted for years about his sexuality, including being called “moffie” (faggot), and the abuse led him into a spiral of depression and drug abuse.

“He was a young boy when he told me that he was gay,” Hartzenberg’s mother, Georgina, told Independent Online News. “He thought I was ashamed of him, but I told him everything would be okay.”

Tyrone Hartzenberg of Manenberg, Cape Town was often victimised and taunted for being gay and suffered from depression as a result of it.

He later turned to drugs after being mocked and died after throwing himself in front of a moving train. May his soul rest in peace ??? pic.twitter.com/OOFVFudeeN

But it wasn’t. Life in Manenberg, a low-income township of Cape Town, was hard—harder for a gay man—and Tyrone began sniffing glue to deal with his depression. The day he died he was huffing on the tracks near the Nyanga Junction train station. He began to hallucinate and told some young boys he could stop the locomotive.

“He was not in the right state of mind,” Georgina recounted. “The train driver tried to stop the train.” 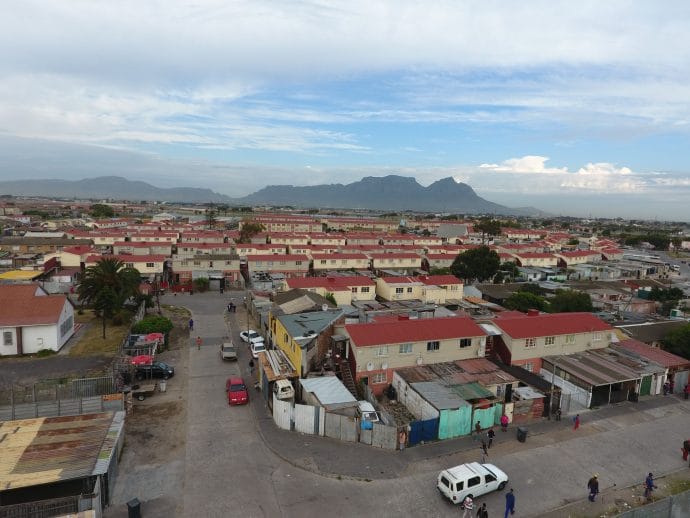 South Africa was the first country in the world to incorporate LGBT protections in its constitution. But homophobic abuse and violence are rampant, including corrective rape for lesbians, and social acceptance is generally lacking outside major urban areas.

A 2013 survey found that 61% of South Africans believed society should not accept homosexuality (Though 67% agreed that gays, lesbians, and bisexuals should have the same rights as straight people.) LGBT South Africans are three to four times more likely to suffer from stress, anxiety, and depression. Substance abuse is also more prevalent: 30-45% for gays, compared to 10% of the general population.

“Tyrone is an example of a young man who wasn’t able to cope with his circumstances,” says Sumaya Taliep of the Democratic Alliance Women’s Network (DAWN). “There should have been an opportunity for him to seek help, so that there could have been some insight into what he was going through.”

Taliep hopes to help men like Tyrone, who are struggling with their sexuality, drugs and depression. She revealed that DAWN was collaborating with the Department of Community Safety and the Triangle Project, a support center in Cape Town, “to come to Manenberg and speak to the community about [sexuality] and gender issues.”