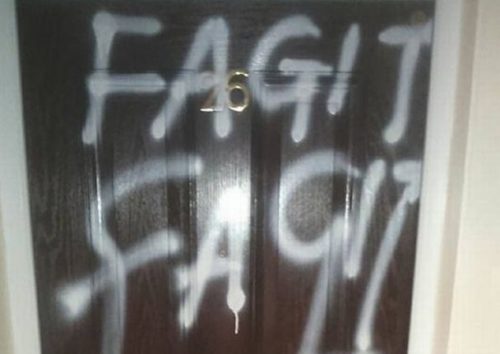 Paula Devine, 52, says that her 25-year-old son has repeatedly been the target of homophobic attackers in Belfast, Northern Ireland, for the past three years.

“It started with slurs about six months after he moved in, the name calling, it’s all homophobic abuse, once they found out he was gay that was it,” she told Belfast Live.

The abuse escalated until one night, when the victim was leaving his mother’s house to go home, the attackers threw stones at him and his dog. “So he came back but he wanted to go over to the house to get clothes and stuff to stay with me so I drove him over, and they tried to stone the car and we had to leave,” Devine said.

The aggressors have also threatened to kill her son.

She says that her son has filed “loads and loads of police reports,” but the police haven’t caught any of the aggressors because she and her son don’t know who they are.

His apartment has also been the target of vandalism. “The windows have been put in at least five times in the last three years, he’s been in the house a few times when it’s happened. They got into it and spray painted that graffiti all over the front door a few months ago.” 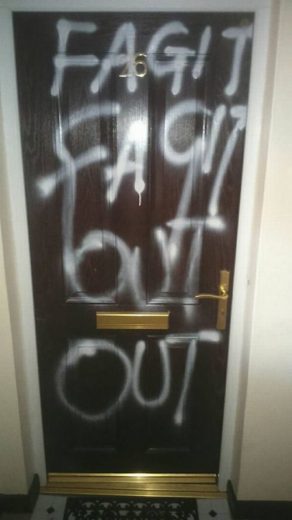 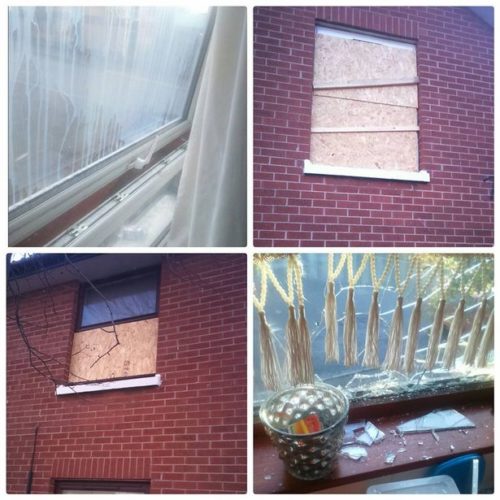 The local housing authority told Belfast Live that they have been removing graffiti multiple times from the apartment and offered the son different apartments, but they say that he refused them.