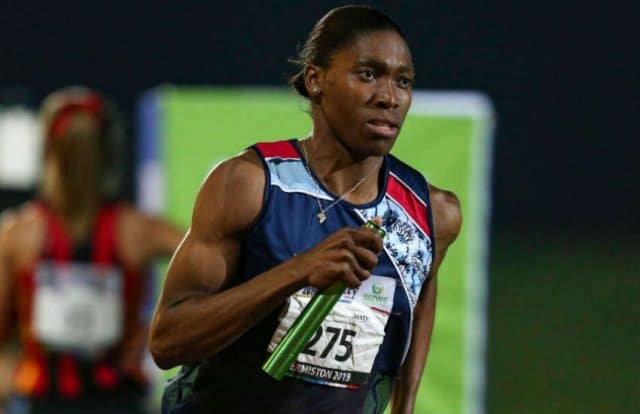 Caster Semenya has filed an appeal to the highest courts in international sports in response to losing her bid against forcing hormone suppressants on female runners.

Semenya, an 800m runner, stated she will challenge the ruling for the sake of human rights.

In a statement yesterday (30 May) Semenya said she will ask the Swiss court to ‘set aside the decision of the Cas in its entirety.’

Moreover, her appeal will focus on ‘fundamental human rights.’

Dorothee Schramm, who will be leading Semenya’s appeal, said: ‘The IAAF regulations violate the most fundamental principles of Swiss public policy.

‘In the race for justice, human rights must win over sporting interests.’

Semenya was just 18 when she won gold in the 800-meter race at the 2009 world track and field championships in .

However, as she celebrated, she faced questions over her gender.

She was barred from competition and subjected to  at the request of the International Association of Athletics Federations, track and field’s world governing body.

The IAAF consider athletes with higher testosterone levels – like Semenya – as biologically male.

But years later, the . Regulations means runners with differences of sexual development must take medication or compete in other distances.

The federation have effectively given a go-ahead that means women with higher testosterone levels must medically limit the hormone if participating in certain events.

Semenya had tried to challenge this. But now some sportswomen will have to make some tough calls.

The choices for Semenya are these: take hormone-suppressing drugs and reduce and maintain her testosterone levels below five nanomoles per liter for six months before competing; begin racing at distances beyond one mile; compete against men; enter competitions for intersex athletes.

Or, with major international sporting events in the horizon, give up her eligibility to perform in them altogether.