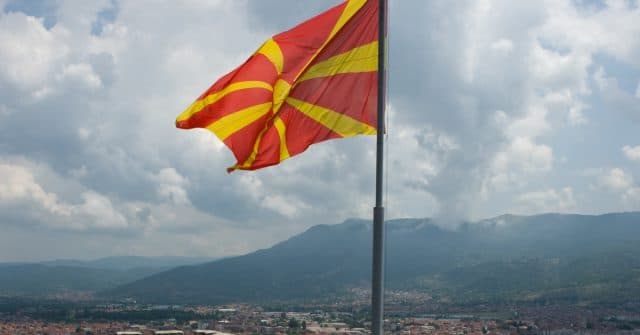 LGBT+ campaigners are preparing to hold the first Pride parade in the country of North Macedonia.

The small Balkan state, which was previously known as the Former Yugoslav Republic of Macedonia, will host its first Pride event in capital Skopje.

The event will be held on June 29 and will stand as “a form of protest for affirmation, support, and protection of human rights” for the country’s LGBT community, according to Antonio Mihajlov of the National Network Against Homophobia and Transphobia.

According to Radio Free Europe, the gathering will be “open for all to attend, regardless of nationality, religion, gender identity, or sexual orientation.”

A previous attempt to hold a Skopje Pride parade in 2013 was abandoned because Macedonia’s Ministry of Interior could not guarantee marchers’ safety.

A spate of violent incidents around the march also saw an LGBT+ support centre set on fire.

The country, which has a population of around two million, has a poor record on LGBT+ rights.

Homosexuality was only decriminalised in 1996, and the country’s law continues to ban recognition of same-sex unions.

However, there has been some progress in recent years.

In March, the country’s parliament approved a new anti-discrimination law that includes sexual orientation and gender identity in order to comply with European standards, as the country seeks to join the EU.

The European Parliament’s LGBTI Intergroup has called on the country and other EU accession countries to begin work to tackle homophobia and secure the rights of LGBT+ people.

Italian MEP Fabio Massimo Castaldo said November: “The European Parliament is in line with its previous position: LGBTI rights are human rights, and are a key part of EU integration.

“North Macedonia, Montenegro, Albania, Kosovo and Albania must not rest on the progress they made, but continue to ensure LGBTI rights are enshrined in law and implemented in practice.”

Belgian MEP Hilde Vautmans added: “Hate crimes and hate speech towards LGBTI people continue to be widespread in the region.

“This is unacceptable and action needs to be taken.

“It shows that legislative progress is not enough. We count on the governments of North Macedonia, Montenegro, Albania, Kosovo and Albania to address these human rights violations as soon as possible.”