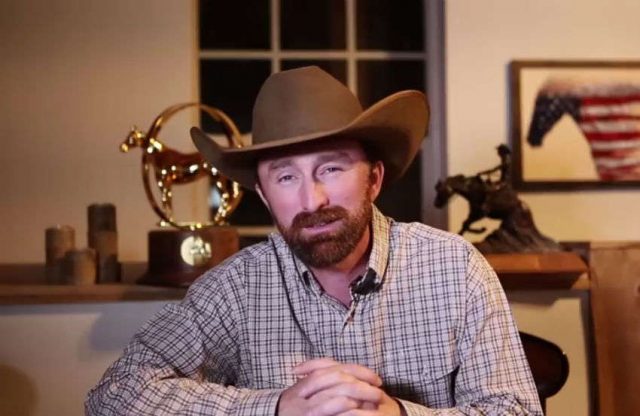 A county commissioner has risked his career to come out as gay.

Republican lawmaker Nathan Ivie, 40, has revealed his sexuality in a video posted to Facebook.

Ivie, a member of the Church of Jesus Christ of Latter-day Saints, does not comment on his faith in the video.

The Utah-based religion strongly opposes marriage equality. Any LGBTI Mormon is expected to stay chaste for life or to marry someone of the opposite gender.

Ivie says in the video he attempted suicide at age 22. He also then tried to ‘cure’ himself of what he considered evil same-sex attraction.

But then there have been moments when Ivie has come to terms with himself.

The Utah county commissioner said he worked with families who have lost LGBTI children to suicide.

He also interacted with a same-sex couple who he photographed for their wedding.

‘The love they shared and the way they looked at each other was the same as any other couple,’ he said.

‘It helped me realize, “Maybe I’m not broken.”‘

He said the support he’s received from family friends has been ‘liberating’.

She said: ‘All the best to you, I love how a simple act of love among strangers helped you find your truth and that you are being embraced by family and friends.’

Ivie and his wife of 13 years have decided to separate. They will also co-parent their two young children.

He also said he hopes the announcement encourages other young people.

‘It’s OK to be different, it’s OK to live authentically,’ he said.

‘You can be gay and a Republican … you need to trust that people will love you for who you really are.’