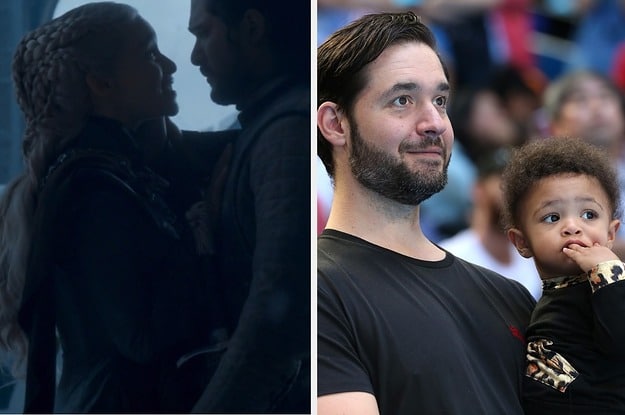 Carlos Gregorio Hernandez Vasquez was detained after crossing the border without authorization near Hidalgo, Texas.

He was set for placement in a shelter when he told staff he wasn’t feeling well. A nurse practitioner determined the teen had the flu, and Customs and Border Protection officials say Border Patrol agents went to a pharmacy to pick up medication.

The next day, he was found unresponsive. The cause of death was not known and the case is under review, officials said.

The 16-year-old is the fifth Guatemalan minor to die after being apprehended at the southern border since December. Four have died in custody, and one died in a hospital.

The big picture: More than 52,000 people are now being detained by Immigration and Customs Enforcement, an apparent all-time high.

In a 41-page opinion, a federal judge in Washington, DC denied Donald Trump’s attempts to block a subpoena issued by House Democrats to his longtime accounting firm.

Judge Amit Mehta found that the House Oversight Committee had presented “facially valid legislative purposes” in issuing a subpoena for financial records related to Trump and his businesses. The president’s lawyers are expected to appeal.

This is not the only front that Trump is fighting this battle on: The president has also filed a lawsuit in federal court in Manhattan to block a subpoena to Deutsche Bank and Capital One.

Mitch McConnell is trying to stop teens from vaping. The Senate Majority Leader introduced a new bill to help address the “epidemic” of vaping among school-aged children. The bill would raise the legal age to purchase tobacco products from 18 to 21 nationwide.

A high-ranking member of the alleged sex cult NXIVM said women were whipped and “pilled” into submission. Lauren Salzman detailed the alleged abuse while testifying in the trial of Keith Raniere, the club’s leader. He now faces sex trafficking, racketeering, and conspiracy to commit forced labor charges.

James Charles defended himself after being accused of posting photoshopped screenshots. After famous YouTuber pals Charles and Tati Westbrook had a public falling out, screenshots got involved. Then people accused Charles of faking them. Now, he’s pushing back. It’s all very messy.

The Game of Thrones finale scored a ratings record for HBO. An audience of 19.3 million watched that ending on HBO’s various platforms. The most impressive stat: the 9 p.m. airing of the episode broke HBO’s ratings record for a single telecast with 13.6 million viewers. The previous record holder was The Sopranos‘ Season 4 premiere in 2002 — it drew 13.4 million viewers.

These are unusually tumultuous weeks for Brexit, which is saying something, since the process has been defined by tumult from the start.

Last week, after the collapse of talks between Prime Minister Theresa May and Labour leader Jeremy Corbyn, May was forced by Conservative MPs to say she would set out a timetable for her departure after the next Brexit vote.

Here’s the thing: that Brexit vote, due in the first week of June, is not likely to pass. If (when?) she loses it, she’ll have to explain how she intends to hand power to a new prime minister.

May could have mere weeks left in Downing Street, which sets in motion a giant battle over Conservative party leadership. Who’s running? Why, everyone, of course. Here’s your definitive guide to who’s in and who’s “thinking about it.”

He tweeted that he asked to join several natural hair private Facebook groups in order to better learn how to take care of his daughter’s hair.

His tweet received an outpouring of support from other dads sharing photos of their father-daughter hair journeys, and a lot of encouragement. Ohanian also received several pointers that private groups are often considered safe spaces, so his approach might not be the best one.