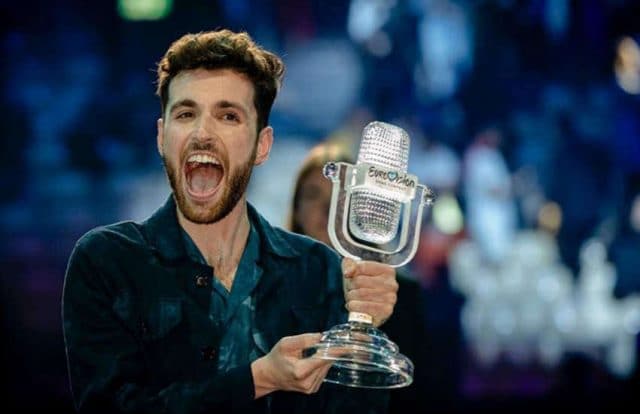 The 2019 Eurovision Song Contest came to an end last weekend and broadcasters are revealing their country’s viewing numbers.

The results are… interesting. Despite drawing just 16 points and finishing last, the UK showed up in droves to see their act drop. According to .

While the winners of the board – the Netherlands – saw their viewership increase by 45.95%. But this was still only just more than half of the amount of UK folk tuning-in.

Kobi Marimi represented the host country, Israel. The country had an increase of 26.10% in viewership in comparison with last year with a total of 1,300,000 viewers during the Grand Final.

The Dutch contestant Duncan Laurence soared up the ranks to win the contest. Coming as their fifth win. Around 4,409,000 viewers tuned-in to celebrate the result.

The Bigger Than Us artist, Michael Rice, repped the UK. While not fairing that well, the UK has an increase of 11.59% in viewership compared to last year. Bringing the total to a having 7,700,000.

The rest of the best: Spain

Miki, the Spanish singer, came in with a bright and colorful jam. But viewers were not impressed. Viewership in Spain during the show decreased to 5,449,000 meaning a percentage drop of 24.32 compared to last year’s 7.2 million viewership status.

There was a dent in viewers cheering on Bilal Hassani in France. Around 4,780,000 viewers were recorded, which was a 7,18% from the year before.

The county didn’t do too badly overall, scoring sixth place. But, sadly, not many Swedish citizens were watching to see john Lundvik’s ascent; just 2,566,000 tuned-in. A 0.66% drop.

Mahmood placed fourth with the Jury vote and third with viewers in a combined result of runner-up. Italian viewers, it seems, were optimistic. A 3.18% increase was recorded, leaving the viewership at 3,539,000.

Down under, things only went up for the nation. Viewership nearly doubled by 54.89%, compared to last year’s 266,000.  It seemed that Kate Miller-Heidke held her crown that night.

Luca Hänni represented the two-time winning country.Viewers back in the country watched closely in hopes for their third win. A record of 660,000 viewers tuned in making a 74.36% increase from 2018.

That night, singer Leonora declared Love is Forever. But there was a slight decrease of 3.1%, in comparison to 1.13 million from last year.

Seems that Hungarians lost their appetite. Viewership plummeted by 64.11% from last year. Leaving a total of just 145,000.

Poland failed to qualify to the Grand Final for the second time in a row. Unsurprisingly, there was a recorded frop of 17.79% from last year with a number of 1.15 million views was record.

Considering that Sarah McTernan placed last int he second semifinal, Ireland didn’t qualify this time around. Only 284,700 viewers watched the Saturday night show hence having a drop of 58.73% from 2018.