Home Gay Life Trailer for the Hulu cartoon fairy tale about gay dads is so... 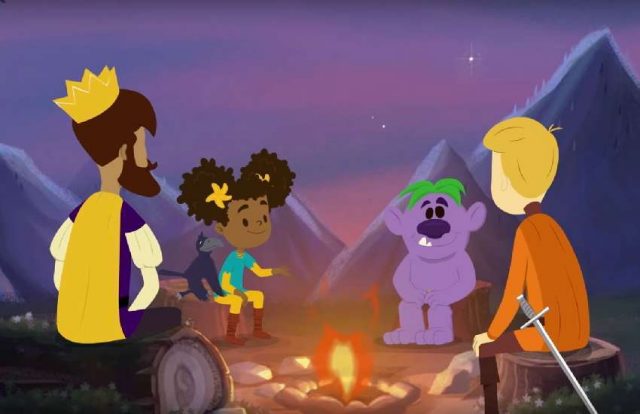 Based on Daniel Errico’s 2014 book The Bravest Knight Who Ever Lived, the series is poised to join other beloved diverse animated series like Steven Universe and She-Ra and the Princesses of Power.

Throughout the 13 episode series, Sir Cedric shares the story of his journey about being a farmer who became a knight. Nia is also training to become a knight. As she trains and growns, she also ‘learns important values such as honor, justice and compassion’.

Alabama , and the creator , defending the episode and its importance.

‘I don’t want children or people who are different to feel excluded,’ said Marc Brown of the episode. ‘That’s not the kind of world we want to live in. And we want children to be educated so they can see there’s not just one type of family. Everyone should feel represented.’