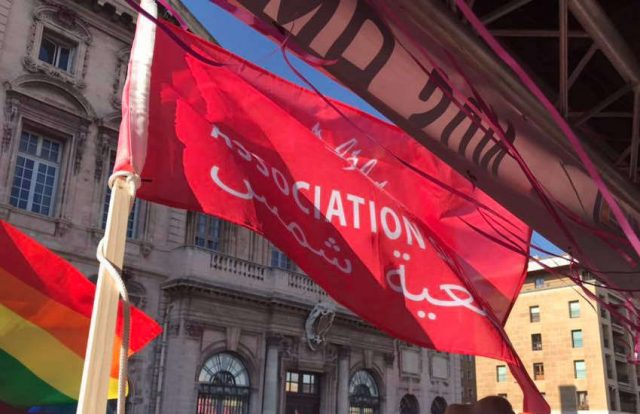 A Tunisian court on Monday (20 May) ruled LGBTI rights group Shams was officially recognized and could continue its work.

The latest court challenge was the seventh attempt by the Tunisian government to shut down the group which works to decriminalize gay sex in the North African country.

The Tunis Court of Appeal on Monday upheld a February 2016 ruling that Sham could operate legally.

The State Litigation Officer appealed the 2016 court decision in February this year.

The government declared that ‘the activities of this association are contrary to the principles of Muslim society and that Islam prohibits these practices, which are also prohibited by Article 230 of the Penal Code.’

Under Article 230 of Tunisia’s 1913 Penal Code, people convicted of sodomy face up to three years of imprisonment.

The government also argued that Shams’ operations violates the Law on Associations.

Adopted in 2011, this law requires various groups to ‘respect the principles of the rule of law, democracy, plurality, transparency, equality and human rights’ as outline in Tunisia’s international treaties.

Mounir Baatour, the president of Association Shams, previously hit out at the government’s latest legal challenge.

‘The judicial harassment against our association has no legal basis and reflects the homophobia of the Tunisian state and its will to discriminate and stigmatize the LGBT community, which is already marginalized,’ Baatour told the Guardian.

‘Such harassment makes our work difficult and creates a climate of tension and fear among the team working for our association.’

However, Shams reports that the number of people arrested under Article 230 increased significantly in 2018.

The groups said that 127 arrests were made last year, compared with 79 in 2017. There have been at least 22 arrests this year.

Men have also reportedly experienced degrading treatment while in custody.

A notable case is of a 22-year-old man known only as Anas, who was arrested after reporting being gang-raped and robbed to police.