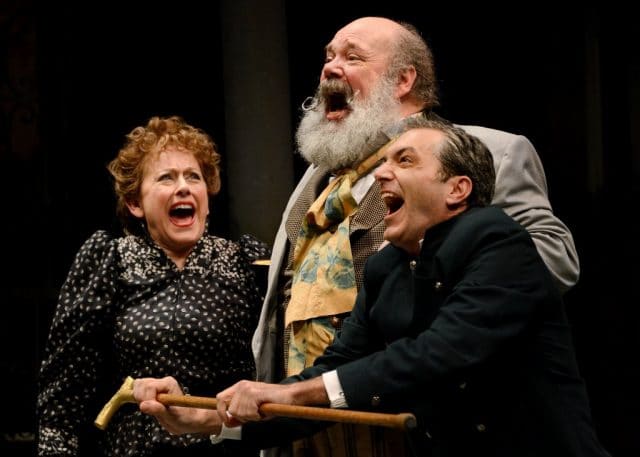 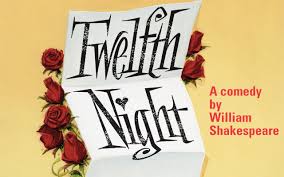 I recently was able to see the tremendous production of Twelfth Night at Pittsburgh Public Theater. At the heart of this story is a cross-dressing woman and the likenesses she shares her twin brother. But there is nothing gay about this excursion into drag. Many may describe the plot as being about love, and love portrayed as leading to marriage with any same-sex affection merely a plot trick. But I think there is more to it than that.

The part of the story that piqued my gaydar is the interaction and dare I say, love relationship between  Sebastian, the twin brother and his friend and companion Antonio. Sparknotes describes Antonio this way:

Antonio –  A man who rescues Sebastian after his shipwreck. Antonio has become very fond of Sebastian, caring for him, accompanying him to Illyria, and furnishing him with money—all because of a love so strong that it seems to be romantic in nature.

For me Twelfth Night has two story lines occurring: the main plot about ambition and love interests, and a commentary surrounding these topics and the events involving the main characters. The commentary is expressed through the acts and words of Feste, the fool, Antonio, the sea captain, and Malvolio.

There’s not much to say about the sea captain except that he rescues Viola. Compare that to Antonio who rescues Viola’s brother Sebastian. The sea captain has lines and appears a few times through the course of the play, but doesn’t even get to have a name! He helps Viola but he expresses a devotion to her out of respect to her aristocratic position in life.

Antonio’s feelings for Sebastian, on the other hand, are unmistakable and he gushes with emotion and loyalty to his beloved. I wonder how did such deep feelings develop in Antonio? Did he have them before the ship wreck, or did his love for Sebastian grow out of saving him? Many a gay man can identify with Antonio– having unrequited affection for a straight man who seems oblivious. Of all the stories of love and attraction within the play, the love Antonio has for Sebastian is the only one not ridiculed or made out to be folly. 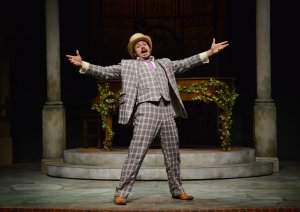 Feste throughout, with joke, song and commentary points out the folly of the main plot line and characters involved. Viola as Cesario calls Feste the wisest, and we the audience are let into the story through him. We see the folly of Olivia and of Orsino.

Molvolio is another character many can relate to. He starts as an easily disliked, self righteous snob, but over the course of the play becomes someone we sympathize with and have empathy for. His love for Olivia– his vulnerability– gets exploited to his demise. 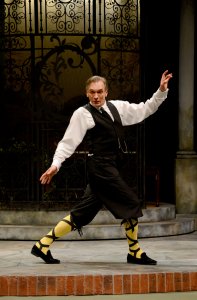 The cast as a whole is quite strong, but I’d be remiss not to cite two especially strong performances. Mitchell Jarvis as Festes captures and places the audience in a trance with his voice as well as his stage presence. While the entire cast handles the dialogue well, Brent Harris is above the rest in giving Shakespeare’s words what they deserve. And the scene with the most gut-wrenching laughter revolves around Harris’ character, Malvolio.

You still have time to enjoy this stellar production. Tickets are available at the PPT website.