Home Gay Life 1 in 12 sheep is gay, according to documentary 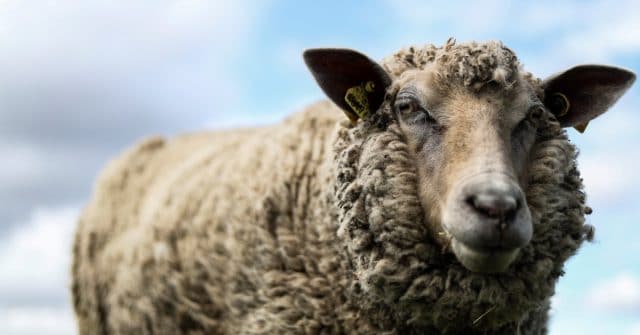 One in 12 sheep is gay Channel 4 documentary My Gay Dog and Other Animals has claimed.

The documentary which airs on Thursday (June 6) explores gay behaviour in animals, from apes to lions.

It features US professor Charles Roselli who says that in an average flock of sheep eight percent will be homosexual.

According to The Guardian, Roselli said his research will “allow better selection of rams for breeding and as a consequence may be economically important to the sheep industry.”

The economic consequences for farmers of having “gay” sheep is also discussed in the one-off documentary, because farmers can lose money if their rams are not interested in ewes.

Dewi Jones, a commercial breeder who is CEO of sheep breeding firm Innovis, says homosexual rams have to be sent to the slaughterhouse, according to The Independent.

“You see ram-on-ram behaviour going on. Commercially it’s a big issue for us as a ram breeder because we need our rams to cover lots of ewes,” Jones said.

Roselli published a study in 2011, called “The Development of Male-Oriented Behavior in Rams,” which says that gay behaviour in sheep could be caused by factors including same-sex rearing, genetics and brain differences.

However, some are sceptical of the sheep’s sexuality.

Phil Stocker, chief executive of the National Sheep Association, told The Independent that the claims were “nonsense” and that gay behaviour in rams was down to high testosterone levels during breeding season.

Benjy the Bull was rehomed to avoid the slaughterhouse.

It is believed that around 450 species of animal exhibit homosexual behaviour worldwide.

Gay behaviour in animals received worldwide attention in 2014 when a campaign was started to save “gay” Irish bull Benjy from slaughter.

Simpsons co-creator Sam Simon even gave £5,000 to have the bull moved to a sanctuary, although some were critical of spending money to rehome Benjy instead of putting it towards human LGBT+ causes.