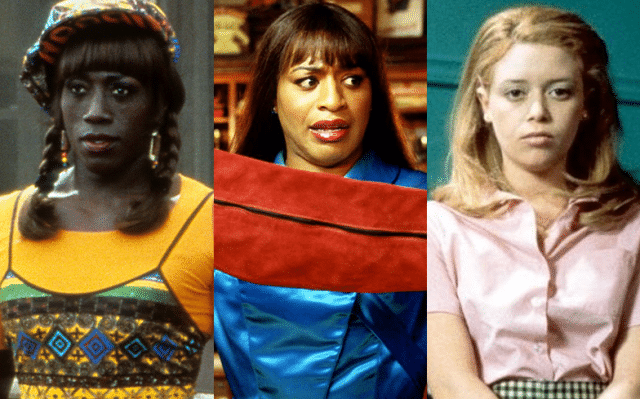 Because the first season of Drag Race UK isn’t expected to debut until later this year – and All Stars 5 until 2020 – we’ve provided ten legendary films for you to watch in its absence such as Hairspray, To Wong Foo and Paris Is Burning. 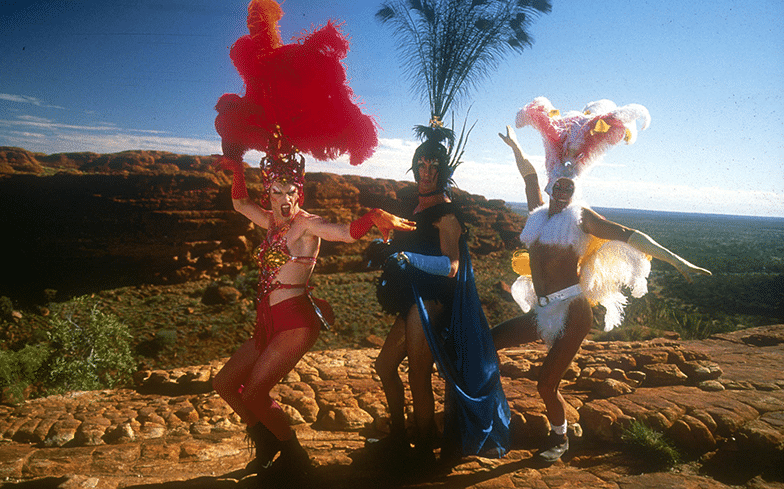 Two drag queens, Anthony (Weaving) and Adam (Pearce) and transgender woman Bernadette (Stamp) travel across the Australian desert in Priscilla (a lavender tour bus) to perform a drag show in Alice Springs. Along the way, they encounter a number of obstacles, including homophobic abuse, violence and some other nice stuff. It’s an absolute classic. 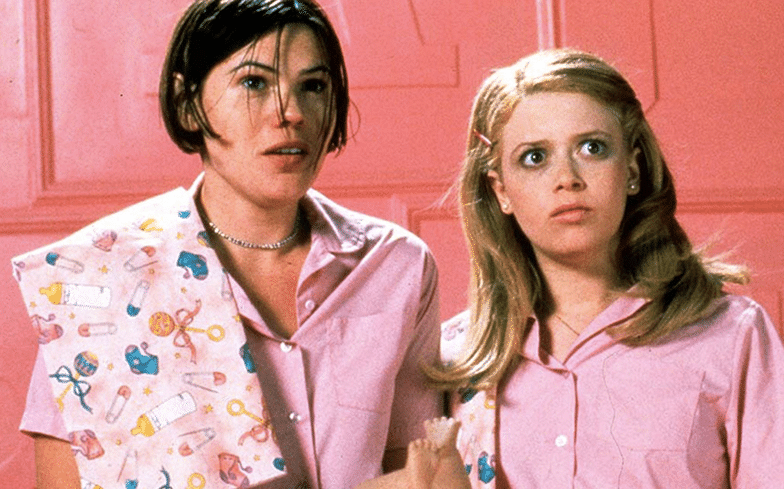 Orange is the New Black star Natasha Lyonne stars as Megan Bloomfield, a popular high school cheerleader who is shipped off to conversion therapy camp after her parents discover her her lesbianism. Mama Ru hilariously co-stars as the “ex-gay” Mike, who attempts to ‘cure’ Megan. The satirical comedy received negative reviews at the time of its release, because of its stereotypical portrayal of gay men and women, but has since developed a cult following in the queer community. 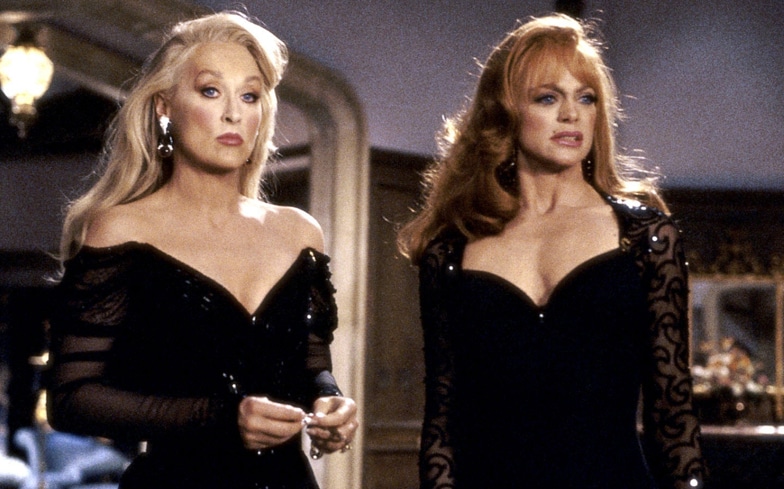 Despite receiving mixed reviews at the time of its release, Death Becomes Her – like But I’m a Cheerleader – has become a cult favourite, especially in the LGBTQ community. The fantasy drama follows a pair of rivals, Madeline Ashton (Streep) and Helen Sharp (Hawn), who drink a magic potion that provides them with eternal youth. Drag Race icons Jinkx Monsoon and BenDeLaCreme parodied the film in their widely-acclaimed show, Drag Becomes Her. 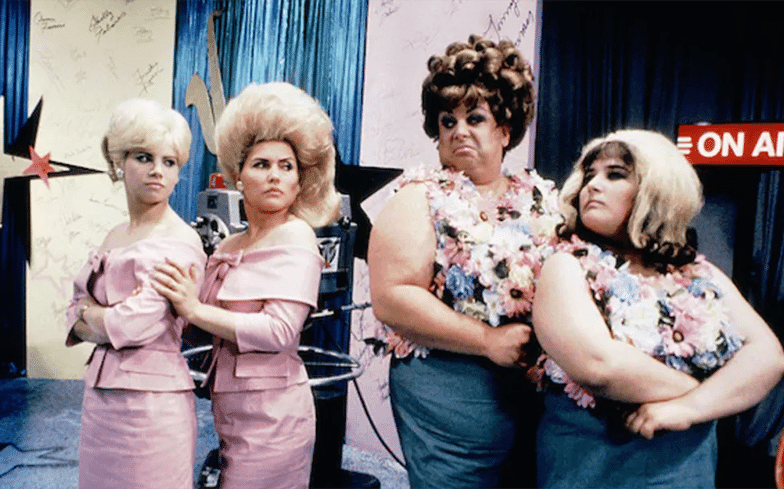 American director and transgressive cult filmmaker John Waters helmed the original version of musical-comedy Hairspray, which starred Ricki Lake as Tracy Turnblad, a chirpy teenager who aims to promote diversity and acceptance on a local television dance show. Drag legend Divine co-starred in dual roles as Tracy’s mother, Edna, and the racist television owner Arvin Hodgepile. The film shortly became one of the most successful musicals of all time, spawning a 2007 remake with Michelle Pfeiffer and Zac Efron and a Broadway musical. It is also notable for being one of the first major Hollywood films to star a drag artist in a main role. 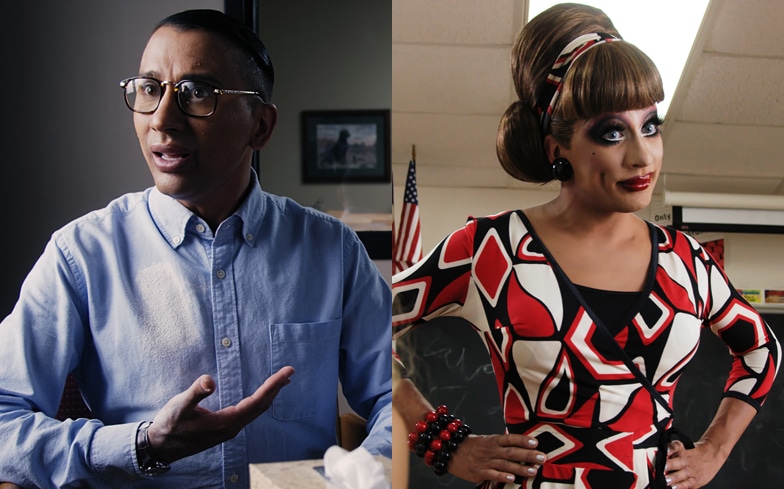 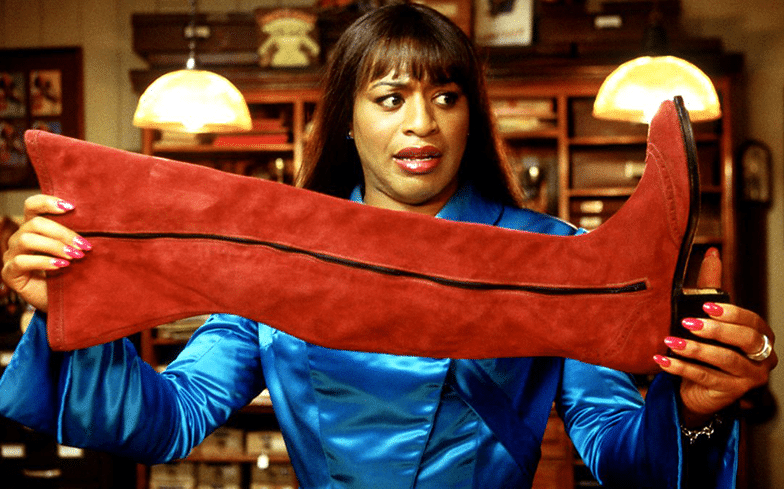 Academy Award nominee Chiwetel Ejiofor received universal acclaim for his role in this charming British drama, which tells the story of fierce drag queen Lola (Ejiofor), who teams up with a straight-laced shoe factory owner to save the business and produce footwear for drag queens. It spawned a highly successful Broadway adaption with Pose star Billy Porter as the lead character and Cyndi Lauper behind the music and lyrics. At the 67th Tony Awards, it received six nominations and ultimately won for Best Original Score. 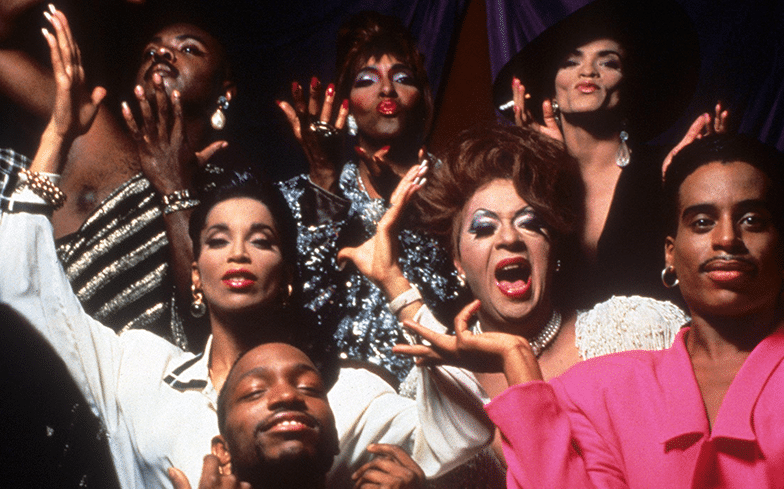 This legendary 1990 documentary chronicles the ball culture of New York City and the African-American, Latino, gay, and transgender communities involved. If you thought the queens on RuPaul’s Drag Race knew how to sashay down a runway, then you’re in for a treat… 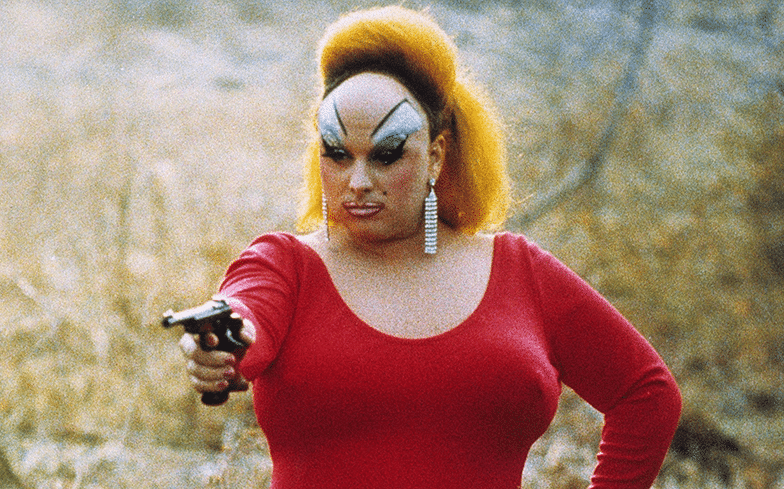 The second John Waters film on this list, and without-a-doubt the most explicit of all, Pink Flamingos stars Divine as Babs Johnson, a criminal who has been given the title of “the filthiest person alive” by several media outlets. Jealous of her reputation, fellow criminals The Marbles (Lochary and Stole) set out to usurp her title. What follows involves acts of sodomy, murder, cannibalism, incest and masturbation, among some other family-friendly content. It’s not for the faint-hearted. Two of the film’s musical numbers were memorably parodied by Ginger Minj, Trixie Mattel, Miss Fame, Pearl and Violet Chachki on the seventh season of Drag Race. 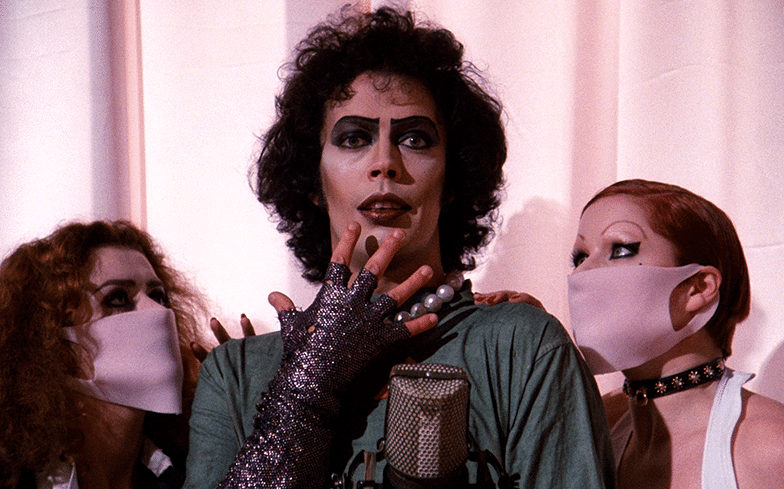 Based on the 1973 stage production, The Rocky Horror Picture Show centres on a young couple (Sarandon, Bostwick), who seek help in a nearby castle after their car breaks down. There, they find that it’s occupied by strangers in extravagant costumes who are attending a local convention, led by Dr. Frank N. Furter (Curry), a self-proclaimed “sweet transvestite from Transsexual, Transylvania” who has built a muscle man in his laboratory. Fun fact: because of its midnight screenings over the years (mainly around Halloween), it boasts the honour of being the longest-running theatrical release in movie history. 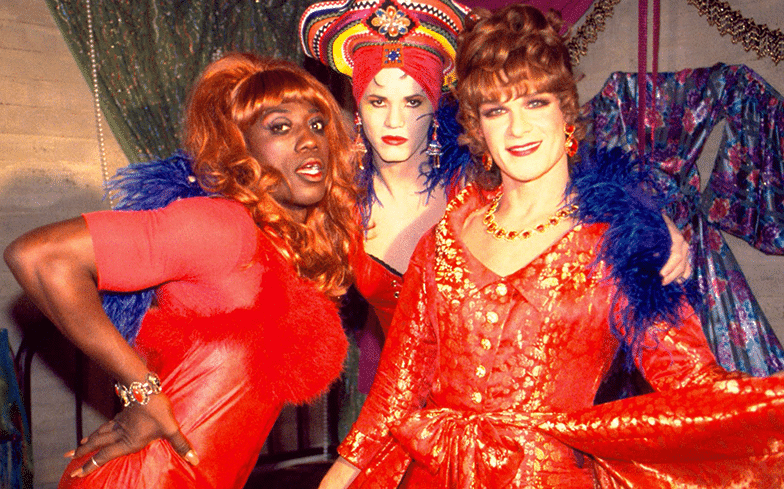 The legendary American comedy stars Patrick Swayze, Wesley Snipes and John Leguizamo as Vida, Noxeema, and Chi-Chi, three New York City drag queens who embark on a road trip for the Drag Queen finals in Hollywood. During the journey, their car breaks down, leaving them stranded in a small town. Swayze and Leguizamo were nominated for Golden Globe Awards for Best Actor and Best Supporting Actor, and despite its measly 41% approval rating, it has become a cult classic.