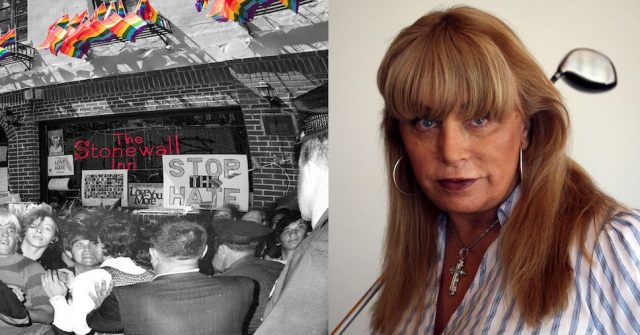 Lawless helped transform the world of professional golf when, at age 56, she won the 2008 Long Drivers of America (LDA) women’s competition. She hit a 254-yard drive against a 30 mile-per-hour wind in the final round, winning the top $12,500 prize. But her victory also caused widespread public scrutiny over her gender identity, and when she registered to compete the following year, she was banned.

The one-time police officer had reportedly played golf at a private club for 21 years before undergoing gender confirmation surgery in 2006. The following year, she also played in a world golf championship. But when she won the women’s long drive competition, the LDA changed their rules to state that all female competitors needed to have been assigned “female at birth,” a rule change which mirrored the policy of the Ladies Professional Golf Association’s (LPGA).

So in October 2010, Lawless filed a lawsuit in the U.S. District Court of San Francisco against the LDA, two of their sponsors, the LPGA and their sponsors, alleging that the their policy violated California’s civil rights laws. Her lawsuits sought to prevent the organizations from holding tournaments in California unless they allowed trans players to compete.

Astoundingly, a judge never had to force the LDA or LPGA to accept trans women. On Nov. 30, 2010, LPGA members voted to remove the “female at birth” requirement, officially opening the U.S. pro sport to trans golfers for the first time ever, and finally bringing its policies in line with that of the International Olympic Committee and the Ladies European Tour for golfing.

The LDA followed suit, and in May 2011, Lawless officially dropped her lawsuits.

In response, the LPGA praised Lawson in a public statement which said:

The Ladies Professional Golf Association (“LPGA”) expresses its appreciation to Lana Lawless for raising the issue of transgender participation in its tournaments and other professional activities. Both Ms. Lawless and the LPGA are pleased that the litigation initiated by Ms. Lawless has been resolved in a satisfactory way, and applaud the LPGA members who voted overwhelmingly to remove the “female at birth” provision from its by-laws.

In a statement she released after initially filing her lawsuits, Lawless said:

”I am, in all respects, legally, and physically female. The state of California recognizes me as such and the LPGA should not be permitted to come into California and blatantly violate my rights. I just want to have the same opportunity to play professional golf as any other woman.”

And even though the LPGA’s policies have changed, there’s still further to go in transforming its culture. When trans female golfer Bobbi Lancaster competed to join a pro tour in 2014, she wasn’t as welcome as she had hoped. Golfers dismissed her, treated her rudely and generally didn’t reach out to make connections with her.

It will take players with Lawless’ spirit and determination to make the athletic community truly welcoming to everyone.