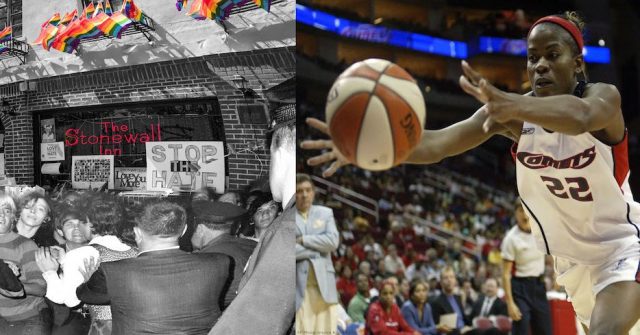 When Sheryl Swoopes talked publicly about her relationship with another woman, it wasn’t just another LGBTQ woman in sports.

We heard it over and over again. “Oh big shocker, a woman in the WNBA is gay.” No, it wasn’t a surprise that a player in the country’s premier women’s sports league might not be straight and cisgender. Yet in 2005 it was a big deal that one of that league’s highest-profile players, with her own shoe, was saying quite clearly that she was LGBTQ.

Again, this was one of the greatest women’s basketball players of all time talking publicly about being LGBTQ. Swoopes won, during her career, four straight WNBA titles and three Olympic gold medals. She is a six-time WNBA All-Star. It was a big deal.

Added to her announcement was the fact that she had garnered an endorsement deal with Olivia Cruises. And Nike, which created the “Air Swoopes,” was not backing down.

‘The possibility of me opening up doors, not just for African-American men and women, but for all people, is a great feeling to me.’

“The possibility of me opening up doors, not just for African-American men and women, but for all people, is a great feeling to me,” Swoopes told Outsports in 2005.

Sexual orientation can be fluid. People who see themselves as gay or straight can, when they meet the right person, question that identity. There are many people who qualify as a Kinsey 2 to 5.

For that we salute Swoopes for being so willing to live her true, authentic self as that identity has changed over the years.