Home Gay Life 5 reasons why we love Stockholm locals and where to see their... 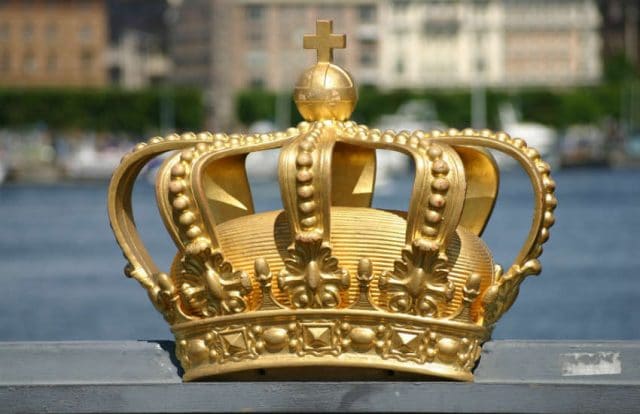 The average Swedish person is pretty great. There, we said it. Though earlier generations might have thought of Scandinavians as somewhat cold and aloof (ask your ignorant grandma!), Sweden’s people are actually pretty damn cool.

And nowhere are they cooler than in the capital city of Stockholm – though, literally speaking, the folks up in the country’s northern territories endure colder temperatures, but you know what we mean.

Here are our five favorite things about Stockholmers (you bet we made that up) and where to head to see what we’re talking about. 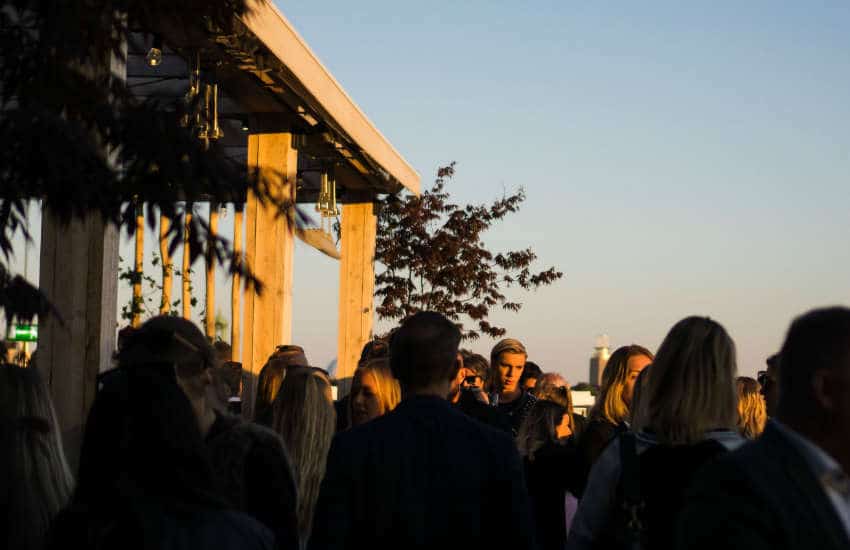 The first thing you’ll notice on a trip to Stockholm is that people speak great English. From your cab driver who tells you about the dog they just adopted to the receptionist at your hotel who raves about the hottest place for drinks and dining in the area.

If you’re staying in Norrmalm, they’ll most likely be talking about . Though the dining here is worth an honorable mention – think Nordic delights with a Japanese smack – our favorite bit here is the stunning rooftop terrace.

Visit from about 6pm onwards on any given day of the week and you’re guaranteed to chit-chat away with the locals who come here for Stockholm’s best after-work drinks. Don’t know what to say? Don’t worry: the sunset views and a theme-based cocktail menu will give you something to talk about! 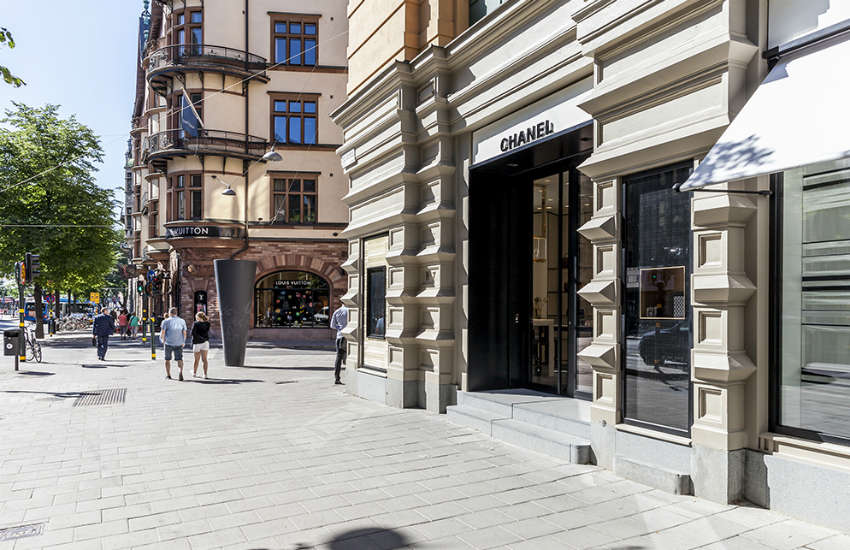 Bibliotekstan is where Cher from Clueless would go shopping in 2019 | Photo: Bibliotekstan

Sure, Sweden has H&M and that’s great and all, but let’s face it: sometimes, high street won’t do. Just ask Stockholm’s style elite who are serving effortless and minimal chic (it’s a lewk!) wherever they go.

If you’re wondering why everyone’s so well dressed, it’s probably because they shop in . Centered around Biblioteksgatan street, the shopping district of your red carpet dreams offers the very best in Swedish and international fashion.

Get decked out in classic Tiger of Sweden, explore the backpacks and travel accessories at Sandqvist and liquidate your trust fund for an Acne Studios two-tone parka (or wait for the end-of-season sale). Bibliotekstan makes it easy to blend in. 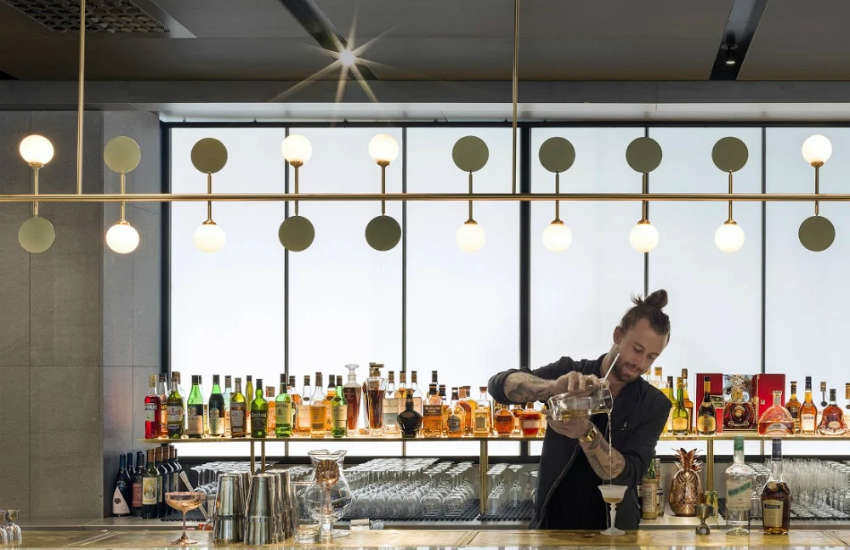 Just one more drink to celebrate Swedish aesthetics, we swear | Photo: At Six

Everyone knows about Scandi-design at this point, so it’s no surprise Stockholm’s hotels commission some of the best local talent to create their ultra-sleek interiors.

Located on up-and-coming Brunkebergstorg square, is the most contemporary a hotel can look without compromising on habitability – it’s not a white space gallery, if you know what we mean. Instead, everything here is pretty much coffee-colored with dashes of industrial greys and subdued shimmers of gold.

Make your way past Jaume Plensa’s otherworldly, 2.5 metres high marble sculpture in the lobby and head straight for the cocktail bar or Hosoi, a ‘social living room with a focus on music’. Wherever you look at At Six, Scandinavian design informs just about every square inch of its interiors – including the fabulous rooms and suites! 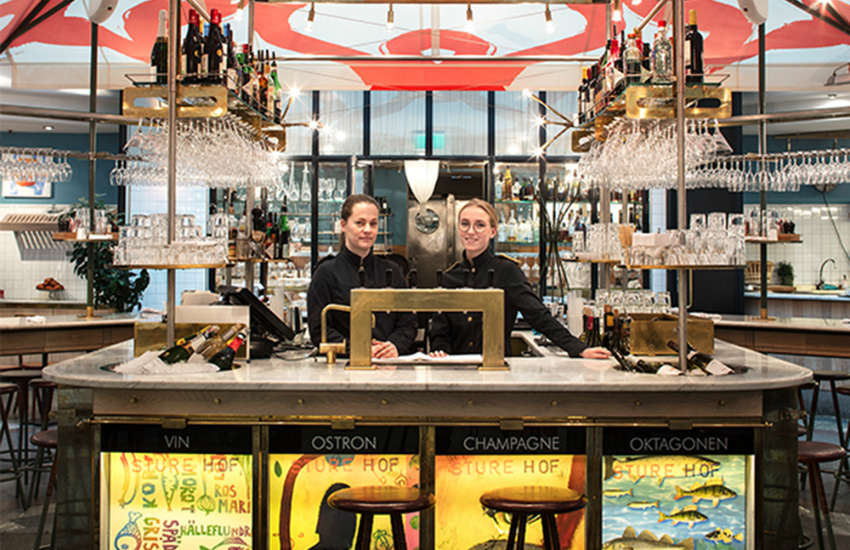 The folks at Matmarknad are here to cater to your culinary cravings | Photo: Matmarknad

No, is not another Swedish DJ currently working on an EDM anthem for Madonna. It’s one of the best places to experience authentic food in Stockholm!

Transparency, origin and sustainability are top priorities here, so it’s perhaps no surprise that Stockholm’s foodies flock to the indoor market to stock up on delicacies and fresh produce. We love that all fruits and vegetables at Matmarknad are sourced from Swedish farms, with the exception of winter veg (try growing anything in eighteen hours of darkness a day…) which arrives by ship from Italy.

Everything here is clearly labelled so you always know where your dinner comes from – perhaps initiatives like this are why Stockholm became the first city to be awarded the European Green Capital Award in 2008. 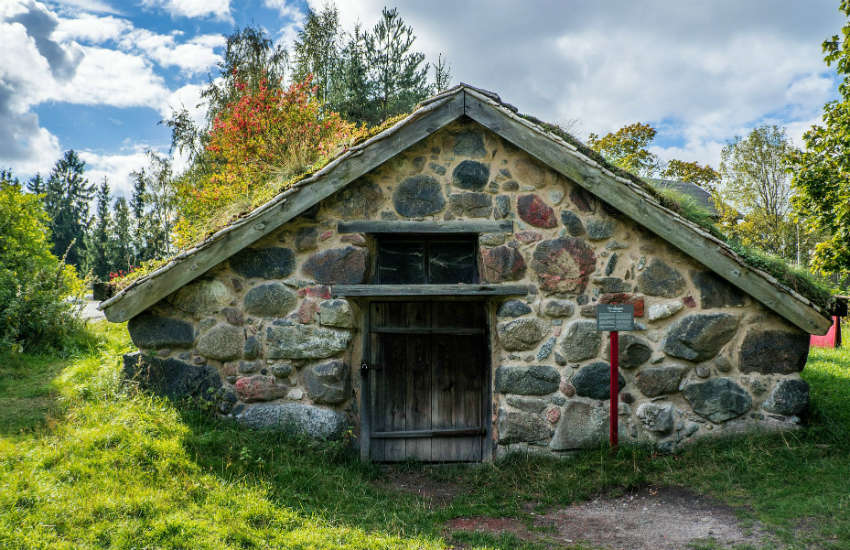 Well, that doesn’t sound like a very likable characteristic, does it? But we don’t mean to say the Swedish are cocky. Rather, they take pride in their progressiveness (hello, #OpenCity!) and genuinely cherish their roots and achievements.

One of the best places to witness this is the world’s oldest open-air museum, . Idyllically set on the green island of Djurgården, Skansen packs a punch when it comes to showcasing historical Sweden: wander around its many original houses, each one home to a different traditional craft, or celebrate a local holiday here (they throw one hell of a midsummer party, including folk music, ring dancing and handicraft workshops).

Whatever you do at Skansen, you can’t miss the Tre Byttor Tavern and its 1700s pub vibes, where you’ll likely end up chatting to a local about just how great Stockholm is (remember, people are pretty talkative around here).

This article was sponsored by Stockholm LGBT.

For more LGBT+ travel inspiration from the world’s most Open City, visit or follow the conversation on social media at #stockholmlgbt