Home Gay Life A California Teen Pleaded Guilty To Stealing An Endangered Lemur From A... 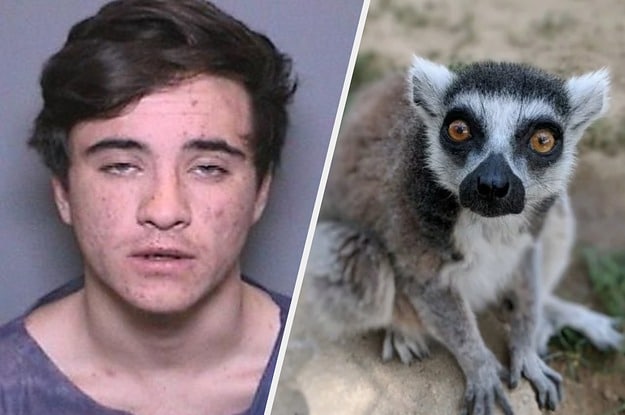 A 19-year-old California man who stole a rare ring-tailed lemur from the Santa Ana Zoo signed a plea agreement Monday, the Department of Justice said.

Aquinas Kasbar of Newport Beach agreed to plead guilty to one misdemeanor count of unlawfully taking an endangered species. He could face up to one year in prison, as well as a $100,000 fine.

The animal in question, named Isaac, is a 32-year-old ring-tailed lemur — the oldest of its species in captivity in North America. The animals are only found in the wild in Madagascar and are among the 25 most endangered primates due in part to the illegal pet trade.

Kasbar told federal prosecutors that he snuck into the zoo after hours on July 27, 2018, because he wanted a pet lemur. He used a bolt cutter to make a hole in the fence surrounding the lemur and capuchin monkey enclosure, which resulted in the escape of many of the exhibit’s animals. They were all retrieved, but the time spent to recapture the animals and repair the enclosure cost the Santa Ana Zoo approximately $8,486.

Per the DOJ press release, Kasbar put Isaac in «a plastic drawer that lacked ventilation holes,» to transport him out of the zoo.

The next day, he dropped Isaac — still in the box — outside the Newport Beach Marriott Bayview hotel with a handwritten note asking that he be returned to the zoo.

❤️Our capuchins, lemurs and Issac in particular are all safe and accounted for after last weekend’s after-hours break in. Thank you to our staff, volunteers and local authorities. We ❤️ you! And thank you to all who checked in with us today to ensure our animals were OK.❤️

In addition to the federal charge, Kasbar is currently facing 29 felony and two misdemeanor charges related to a series of residential burglaries in Newport Beach that occurred between July 2017 and December 2018. He was arrested in December and released on a $500,000 bail.

These charges include «multiple counts of burglary, possession of stolen property, possession of burglary tools, identity theft and resisting arrest,» per the Newport Beach Police Department, who placed the value of the items Kasbar allegedly stole at «several hundred thousand dollars.» He has pleaded not guilty to these charges.

Kasbar’s first appearance in federal court will be on May 28 in the United States District Court in Santa Ana.