Home Gay Life A trans Starbucks employee was misgendered on the job. Starbucks says it... 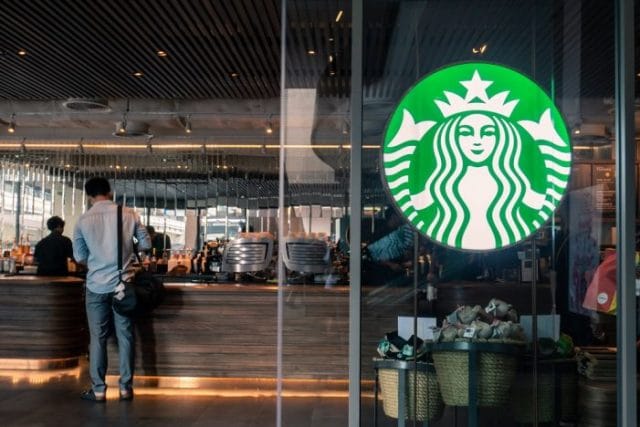 Lawyers for Starbucks are arguing that repeatedly and intentionally misgendering a transgender employee don’t constitute actionable harassment under the law.

Starbucks has a reputation for being LGBTQ-friendly. The coffee corporation has earned a perfect score of 100 on HRC’s Corporate Equality Index for years.

It even has a policy on transgender workers that says, “A refusal to respect a partner’s request to be identified by the pronouns of choice is considered disrespectful (e.g., intentionally referring to a partner by a pronoun that does not correspond to the employee’s gender identity), and not in alignment with Our Mission and Values.”

But lawyers for Starbucks are making arguments that could hurt transgender rights for decades to come, if accepted by courts.

Maddie Wade worked at Starbucks for 19 years in Fresno, California. She was promoted to supervisor in 2014 and was about to be promoted to assistant manager.

That changed when she announced that she would be transitioning in 2017. Her boss, manager Dustin Guthrie, said that he was Christian and that he couldn’t understand her gender identity. He referred to her with “he” pronouns and called her “bro” and “dude” in front of customers.

He even started posting transphobic messages on Facebook, like this one that has a picture of John Wayne that says, “CUTTING OFF YOUR PECKER DOES NOT MAKE YOU A WOMAN. IT JUST MAKES YOU A GUY THAT CUT OFF HIS DAMN PECKER.” 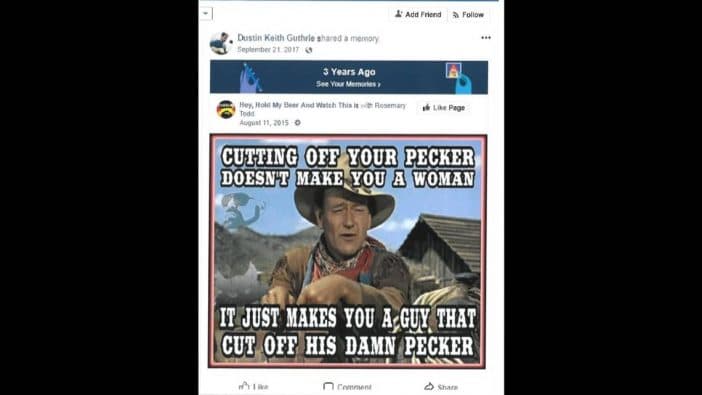 Guthrie allegedly cut Wade’s hours. When she complained, he told her to quit.

She worked at another Starbucks for a few months, but the harassment continued and Starbucks did nothing to stop it, according to the lawsuit. She resigned in June 2018.

She filed a lawsuit in state court, alleging discrimination and harassment. She hasn’t been able to access health care since she resigned, even though she was planning on using her health insurance to cover transition-related care.

Lawyers for Starbucks are attempting to get the court to dismiss the suit, arguing that “With the exception of Guthrie’s alleged failure to use female pronouns, none of Guthrie’s conduct is linked or otherwise associated with Plaintiff’s sex, gender, gender identity, and/or gender expression.”

And misgendering? That’s not enough to constitute harassment under the law, according to Starbucks.

“Indeed, for harassment to be actionable, it must be sufficiently severe or pervasive to alter the conditions of the victim’s employment and create an abusive working environment,” Starbucks argues.

Wade’s lawyer, Arnold Peter, said that the argument could have far-reaching consequences for transgender rights if courts accept it.

Wade said that she’s moving forward with the suit because there’s a disconnect from Starbucks’s public statements and how they treat transgender employees.

“This case matters because there are many transgender partners throughout Starbucks’ stores that rely on the safety of corporate supportive policies,” Wade told The Advocate.

“There seems to be a severe disconnect from the ideologies put forth by Starbucks Corporate and the policies applied on a local level.”

A hearing on the motion is set for June 11.