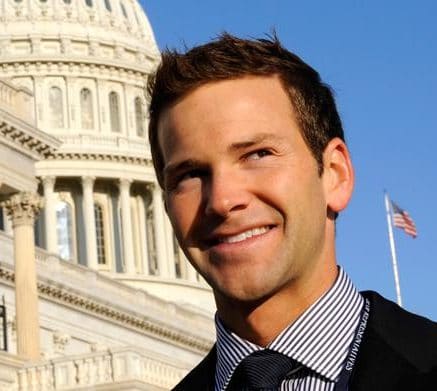 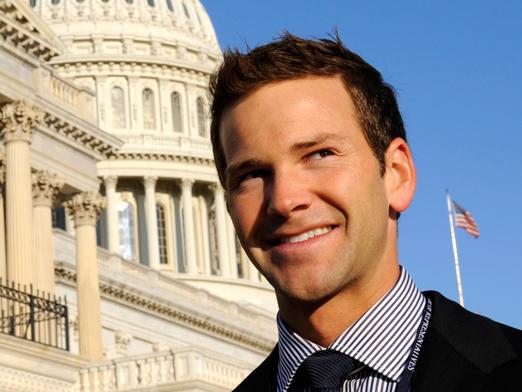 Rumors that former Representative Aaron Schock was getting ready to mount another run for office began swirling earlier this month when a Statement of Organization was filed with the Federal Election Commission for a “Schock for Congress” campaign.

Well, you can all stop freaking out because Schock himself has just squashed those rumors… for now.

“That’s my committee that’s been in existence for 10 years,” he explained to local Peoria TV station WMBD on Friday. “I’ve simply changed the treasurer position back to me.”

Schock clarified that his FEC filing “does not signal an intent to run for his old 18th District seat” and that he simply doesn’t need “a big third-party compliance firm like we had been using. They’re expensive.”

In an interview with WMBD earlier this year, Schock said, “Look, I’m 37. Most people don’t run for office until their 50’s or 60’s. I’m not going to say ‘never,’ but I’m certainly not plotting and planning for any elected office in the near future.”

During his brief stint as a U.S. Representative, Schock was a vocal supporter of the Defense of Marriage Act (DOMA) and opposed the repeal of “Don’t Ask Don’t Tell.”

Given everything that’s happened since he resigned from office in 2015–the corruption lawsuits, the whole making out with the dude at Coachella thing, the nude photos leak, and so on–we can’t imagine Schock winning any elections other than the underwear contest at his local gay bar.

Then again, we also couldn’t ever imagine Donald Trump ever being elected President of the United States of America either, so who knows anymore?