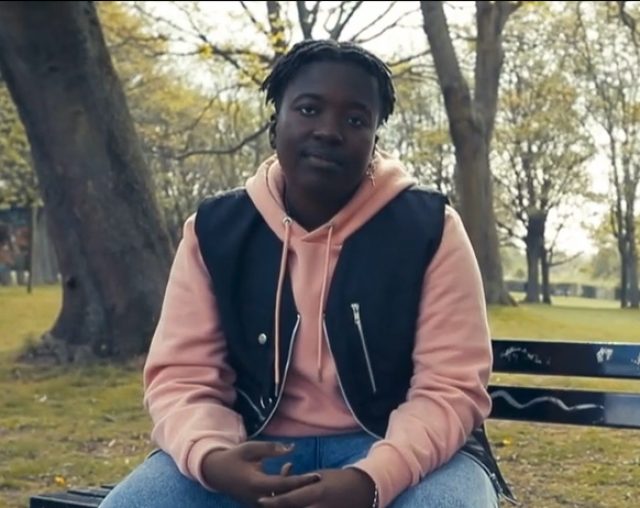 YouTuber and writer Melz Meshach Yaa-Yaw Owusu says accepting they are trans masculine and non-binary was “the greatest act of self-love.”

They spoke to PinkNews about their transition journey and gaining “ownership and control over my body that was assigned female birth.”

Navigating their identity as a “dark-skinned” trans masculine and non-binary person has meant finding themself “amongst all of the white noise.”

“Two years ago I would never have thought I’d be here today,” they said.

Figuring out their identity wasn’t a simple journey, explained Melz, as they didn’t fit the typical narrative of having a sudden realisation about being transgender.

Initially, Melz struggled to identify both as masculine and outside of the gender binary, and wasn’t sure if it was possible to transition if you were non-binary.

“I feel I’ve known I have been trans masculine since I could form and develop coherent thoughts, so there was no moment of realisation, more a moment of articulation” Melz shares with PinkNews.

“Growing up, I thought in order to be a trans man you had to be white, have a small chest, and a small boxy boyish figure before any medical transition,” they explained.

“I literally thought I was disqualified and had to do my best to make do, and just live with my dysphoria and discomfort.”

Melz defines trans masculinity as “taking ownership and control over my body that was assigned female at birth.”

“It is rejecting significant parts of that identification but maintaining fluidity in my gender identity and expression.”

Despite the difficulties, exploring their gender has been a positive journey.

“I’m thankful that I uncovered these parts of myself,” they added.

“Starting T was a madness,” explained Melz. “[It began] changing my body in a whole host of ways.”

They noticed changes in their voice, skin texture and in mood.

“I have a lot of fears about the transition that I am undergoing” they admitted. “Masculinity has harmed me.

“To feel that I could impart that same kind of fear, that I sometimes have being around men, in other people is something I began to hate myself for.”

Melz encourages trans people of colour to share their stories.

“My story is just one of so many, and I share it in the hope that it can make someone feel that little bit more seen, understood, and loved for who they are,” they said.

The full version of Melz’s short film Black Trans Masculinity can be found here. Melz is also fundraising in order to be able to have top surgery.