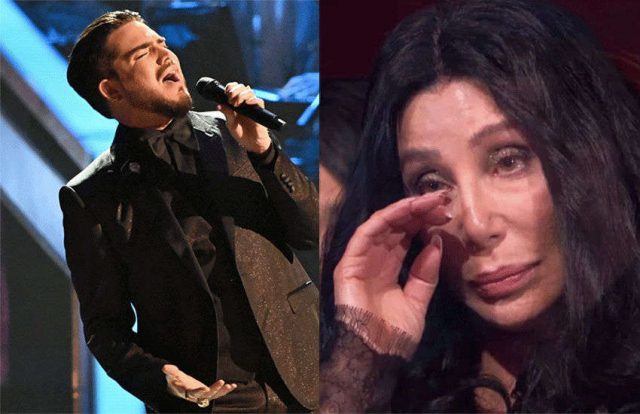 Six months on, Adam Lambert has reflected on his performance of Believe that left Cher in tears and feeling ‘overwhelmed’.

The pop icon, who was being honored and was in the audience at the time, was visibly moved by the performance. She later said on Twitter she was ‘overwhelmed.’

Adam’s performance then went viral around the world.

Speaking to Gay Star News in London today, Adam admitted: ‘It was a really special moment.’

‘I love and I was blown away by her reaction. And then I couldn’t believe what happened after that online…!’

‘I felt lucky to have the opportunity,’ he furthermore added.

Adam rose to fame on the 2008 series of American Idol. He has since scored hits including Ghost Town and For Your Entertainment. His second album, Trespassing, reached number one in the US.

He recently dropped his latest track, New Eyes. The star, who has been touring the world with iconic rock band Queen in recent years, also had a cameo in last year’s Freddie Mercury/Queen biopic Bohemian Rhapsody.