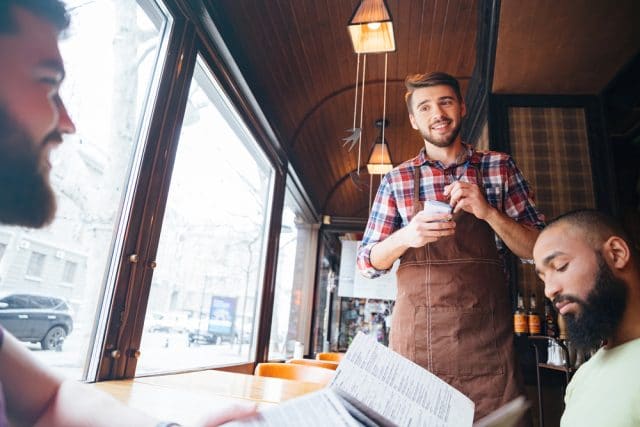 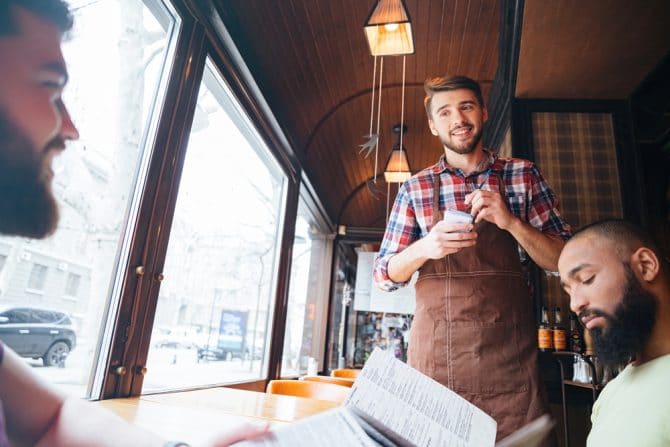 A gay man from Montreal claims he is the victim of homophobia after he and his friends were kicked out of a restaurant for sexually harassing, er, “complimenting” their busboy.

Ghislain Corriveau and three of his friends came in shortly before closing and began making sexually suggestive comments to their busboy, including inviting him to come over and sit on their laps.

When the busboy told the co-owner Kabir Kapoor that he was uncomfortable with the things they were saying to him, Kapoor asked the men to leave.

“I said we’re giving you the bill [for the wine]…we have a zero tolerance policy for any kind of sexual abuse or harassment,” Kapoor tells Eater.

“I [told them] I’m in a very tough position and I have to ensure security is paramount and if he doesn’t feel secure as my employee, I have no option.”

But Corriveau says the attention he and his friends were giving the busboy was harmless and never intended to make him feel unsafe.

“It was just a compliment,” he says. “We never touched him.”

He continues, “They treated us like sexual predators. If it’s sexual harassment, you need to call the police.”

The next day, Corriveau took to social media to accuse the Kapoor and the busboy of being homophobic.

“My friend said gently to the server that he was a handsome man,” Corriveau lamented. “It’s the first time I felt like a victim of homophobia in Montreal. A total insult.”

Speaking to Eater, he elaborates: “If the [busboy] takes it as sexual harassment, it’s because he doesn’t like gay guys. He didn’t like the fact he had a compliment from another guy.”

Corriveau goes on to tell Eater that he thinks the restaurant is trying to destroy his reputation, even though he’s the one who originally went on social media to make a stink about it.

Corriveau adds that he is considering going to the police.

Oddly, shortly after he and his friends were kicked out of the restaurant, Corriveau posted a video of himself outside of the eatery expressing his outrage over being ejected but making no mention of  homophobia or antigay animus.

That video has since been deleted from his Facebook page.

Meanwhile, the restaurant has been bombarded with one-star reviews online, accusing it of homophobia.

In a statement posted to its Facebook page over the weekend, the restaurant said:

Meanwhile, Kapoor claims he has also been receiving nasty messages from people on Facebook after Corriveau published a screenshot of his personal page online.

“It’s so terrible that people use [homophobia] as an out because it’s disrespectful to the gay community and to human rights in general,” Kapoor says. “Why are you using it as a means to your end of you getting kicked out of a restaurant?”