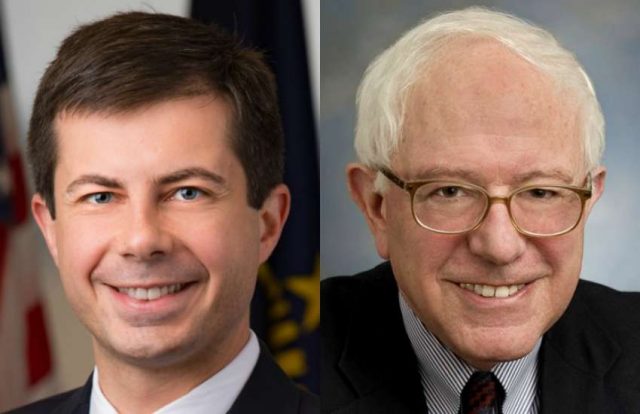 Potential presidential candidate Pete Buttigieg can sleep soundly tonight as a poll indicated that voters care more about age than sexuality in their future presidents.

Americans would rather reject a candidate older than 70 than one who is LGBTI, according to a

bolstered himself into a cluttered field of Democrats vying to take on President Donald Trump back in April.

The national opinion poll was conducted by with the Williams Institute at the University of California, Los Angeles. Organisers gathered responses from 2,237 adults across 29 May to 5 June.

It was marked ahead of the 50th anniversary of the Stonewall Uprising which ignited the LGBTI rights movement.

Overall, the poll indicated that the voting electorate are accepting of LGBTI presidential hopefuls.

Not only did it indicate a steady and comforting trend towards acceptance, it does suggest age has evolved into the deciding factor.

Democrats, who will decide whether to nominate Buttigieg at state voting contests in 2020, are more supportive of LGBTI candidates than Republicans.

Around 20% of Democrats said they were more likely to vote for a gay candidate. Compared with just 6% of Republicans.

The poll found that 48% of adults in the US said they were ‘much’ or ‘somewhat’ less likely to support someone for the White House if the person was older than 70.

On the other hand, 34% were less likely to vote for someone who is gay.

The poll measured the public’s general acceptance of various demographics, rather than gauging support for individual presidential candidates.

47 is the average age of the voting population in the States. However, over 40 years separates the Democrats’ youngest candidate with its oldest.

The field of politicians vying for the White House is a cluttered one. Democrats must select their nominee from a field that so far includes 24 candidates.

But among them are three septuagenarians. On election day, there will be: Elizabeth Warren (71), former vice president Joe Biden (77), and Sanders, (79).

With Trump set to be a ripe 74 on election day, political pundits and voters will continue to ask just what age the leader of the US should be.