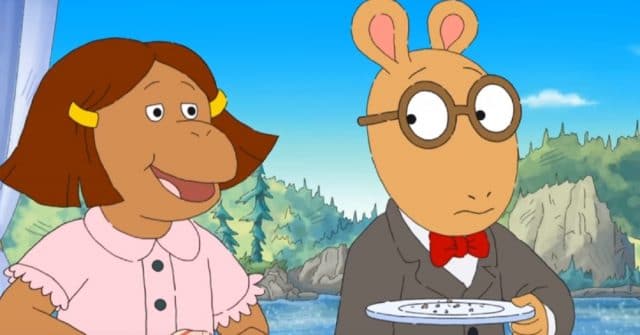 An Alabama church is hosting a wedding party to screen the banned episode of PBS cartoon series Arthur and Friends which depicts a gay marriage.

First United Methodist Church in Birmingham, which describes itself as “an open place for all,” is collaborating with Shout LGBTQ Film Festival in defiance of Alabama Public Television (APT)’s decision not to broadcast the episode.

When “Mr Ratburn and the Special Someone” first aired on May 13, APT’s director of programming, Mike McKenzie, said it would be “a violation of trust to broadcast the episode.” A rerun was shown instead.

But the LGBT-friendly church was granted permission to air the show by Boston TV station WBGH.

The church’s members are now throwing a wedding party for the cartoon rat, who happily marries his partner, Patrick, a chocolatier and aardvark.

People of all ages are invited to the public event on June 15 at 10am to watch the episode; wedding cake and sparkling apple juice will be served.

Speaking to AL.com, the film festival’s creative director, Rachel Morgan, said the episode and the event’s location fulfils the festival’s mission to show content featuring people who are underrepresented in film and media.

She added: “Weddings take places at churches all the time. So First Church seems like a perfect venue for the cartoon in my opinion. (The church) frequently communicates to the community that they are an ‘open place for all,’ and I think this event reflects that statement.”

Although First United Methodist Church isn’t the first to show the episode in Alabama, its decision is expected to attract backlash from some in the conservative state.

A petition by the anti-LGBT+ group One Million Moms calling for the show to be cancelled has attracted over 19,000 signatures.

The reaction to the episode was overwhelmingly positive, but the show’s creator, Marc Brown, expressed sadness at the backlash from some. Speaking to People magazine, he said: “I’m really proud of that episode and will defend it to anybody.

“I don’t want children or people who are different to feel excluded. That’s not the kind of world we want to live in. And we want children to be educated so they can see there’s not just one type of family. Everyone should feel represented. I think we did that with Arthur.”