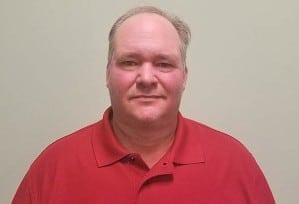 The mayor of a small northern Alabama town has suggested killing LGBT+ people in a now-deleted Facebook post.

Mark Chambers, the mayor of Carbon Hill, at first denied writing the comments when confronted over the phone.

He then acknowledged writing the comments, but said that they were both being taken out of context and supposed to have been sent in a private message.

Underneath the post, a Facebook friend of Chambers replied, “By giving the minority more rights than the majority. I hate to think of the country my grandkids will live in unless somehow we change and I think that will take a revolution.”

Chambers then said, ““The only way to change it would be to kill the problem out. I know it’s bad to say but without killing them out there’s no way to fix it.”

The post has now been deleted but local Alabama TV station WBRC had taken a screenshot.

“I don’t think I posted that. I think that’s somebody else’s post,” Chambers said, when a reporter from WBRC called him. Chambers then hung up, but called back minutes later. Initially, he tried to defend his comments. “I never said anything about killing out gays or anything like that,” Chambers said.
The WBRC reporter then read the post from Chambers’ page back to him.
“That’s in a revolution. That’s right! If it comes to a revolution in this country both sides of these people will be killed out,” he said.

During that call, Chambers spoke about immigrants, calling them “ungrateful.”

On Tuesday (June 4), Chambers posted an apology on Facebook.

“Although I believe my comment was taken out of context and was not targeting the LGBTQ community, I know that it was wrong to say anyone should be kill [sic],” he said.

Chambers became mayor of Carbon Hill, Alabama, in 2014. He said, “I decided to get involved in our city because it was not going in a positive direction.”