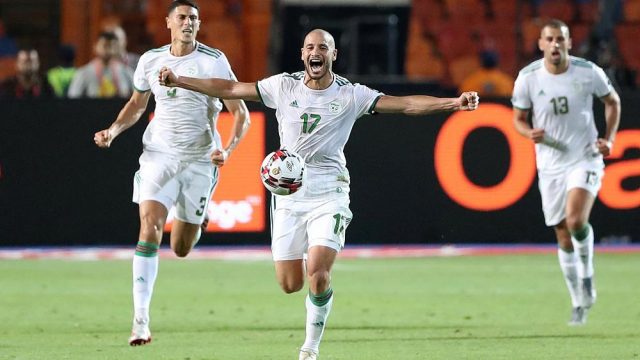 They netted with their first attack in Cairo as Baghdad Bounedjah cut in from the left and hit a shot that was deflected in.

Senegal thought they’d won a second-half penalty but the referee changed his mind after reviewing replays.

Later their players dropped to the turf after a stoppage-time free-kick failed to beat Algeria’s defensive wall and the final whistle was blown.

It meant Senegal lost in a final for a second time after also failing at this stage in 2002.