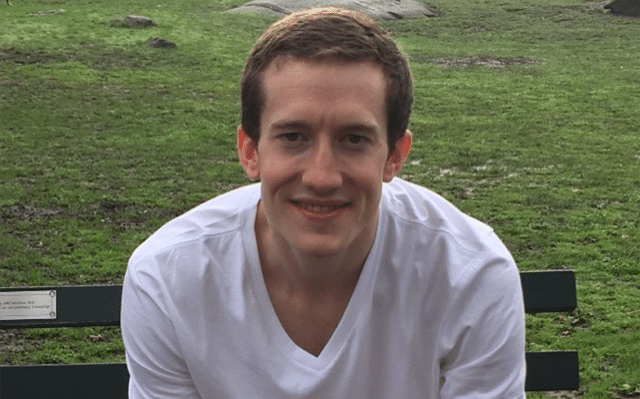 “It has taken me a long time to accept myself as I am. But now I have, and am ready to put all of this behind me and move on with my life.”

The 27-year-old, who is ranked number one in the U.S. and number 54 worldwide, said he’s ready to live his life as an “openly gay man”, and said it’s the only way he can “truly be content”.

“I also think it is best for everyone around me, so that we can more fully understand each other,” he continued.

“To the people I have already told, thank you. I was not ready to have everyone know this about me. I appreciate you keeping my secret, and not telling any curious people who might have asked you.”

Harrity said he’s unsure how the sporting world would receive his news, but reiterated that he needs to live life as his authentic self.

“We are a diverse group of different nationalities, ethnicities, and faiths. I don’t know how this will be received by everyone. But I have been dealing with this for a long time. This is what’s necessary for me to be myself, and best enjoy the rest of my time on the circuit, and beyond.”

He concluded his post by saying he hopes to be a “source of inspiration to any others in a similar situation”.

“This has not been easy for me. It has taken me a long time to accept myself as I am. But now I have, and am ready to put all of this behind me and move on with my life.”

The Professional Squash Association responded to Harrity’s statement: “The PSA would like to offer their support to Todd at this time – the squash world is a diverse place and no matter what creed, race, sexual preference or anything else, we should all welcome and accept each other.”

Harrity’s teammates on the PSA World Tour also praised his decision to come out as gay. See below.

Love you so much @toddharrity ??? You know I will always support you no matter what & I am so proud of you for coming out. This takes so much courage to do. #LoveWins #BestFriend ???????? https://t.co/eGKBj8DFEI

Aw, Todd, so pleased for you. Well done and I’m sure you will and already are an inspiration to others being such a lovely guy. Go live your life to the full now, it’s the best thing ever!! ???

This is a powerfully significant milestone for squash: our first male professional to publicly come out as gay. Jenny Duncalf & Rachael Grinham last year and now Todd Harrity: national champion, top sixty tour player on the upswing of his career and today a pioneer.

Well said Sobhs and good on you Todd. Nothing more important than being who you are. The squash world stands with you #LoveWins