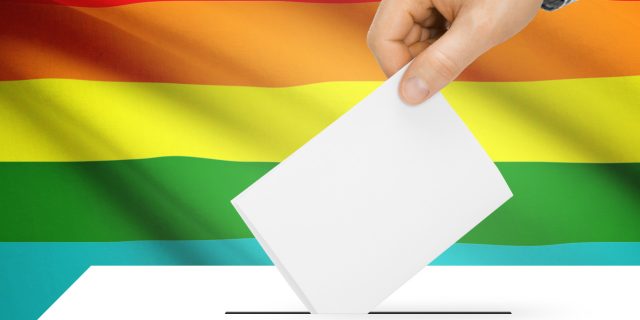 First off, congratulations on winning the 2016 Presidential Election. Your campaign has changed history and will be a chapter in history books in the future.

I am an openly gay high school basketball coach and social studies teacher from Yonkers, NY. Over the last 18 months I have followed your campaign closely and often protested its tone. The rhetoric has made so many communities feel less then supported. The LGBTQ community, African-Americans, Latinos, Women and Muslims have all been offended by various statements made by you and your surrogates.

On Election Night, I watched the results come in I was shocked, as many others were. Once I realized that you had accomplished your mission, my heart began to race. Thoughts, mostly negative, of the future of our country ran through my mind.

My friends reached out and used words like betrayal, confusion and loneliness to describe their emotions. I read posts about people thinking of suicide due to fear and uncertainty of the future.

With all this being said, the American people have spoken, and on January 20th you will be the 45th President of the United States. Now that you have assumed that role, I hope that you will begin to represent [all] Americans, not just those who would got you elected.

We are a country of so many people, diverse in our ethnicities, lifestyles and religious beliefs.You now are OUR President and you owe it to all of us to ensure all of our unalienable rights. In your victory speech, you asked for our help. My hope is that the LGBTQ community will heed your call and work with you, rather than against you.

I beg you to listen to groups like HRC, GLAAD and GLSEN, and figure out ways to embrace and support a community that today feels like they did not matter. I implore you to support wonderful and loving same sex couples who are petrified that their marriage could be decimated. Please reach out to the thousands of LGBTQ youth who are bullied on a daily basis and are scared more than ever. They all need to know “it will be okay.”

The LGBTQ community has fought extremely hard for equal rights. People have died along the way, and our struggle still continues. As your Presidency begins, please recognize and show compassion for this struggle. You have spoken about [our] community multiple times during your campaign, now is the time to show us that it wasn’t just politics, but that you have a real sense of humanity.

Change is often inevitable. Many will never support you and look for you to fail. I can honestly say that I am not one of those people. I hope that you have a great Presidency and surprise us by bringing this country together. For America to be great, you must assure that compassion, understanding and acceptance occurs for all citizens of this great nation.