Home Gay Life Ann Widdecombe: there “may yet be a cure” for homosexuality 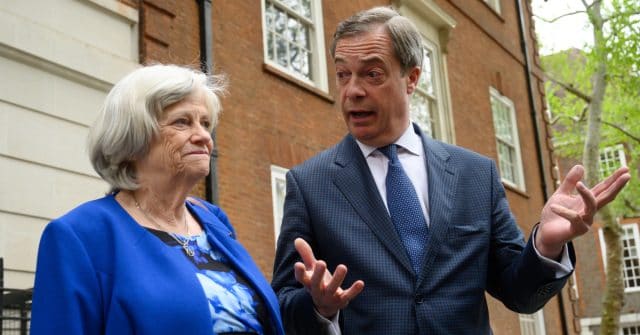 Brexit Party MEP Ann Widdecombe has defended her stance on so-called gay conversion therapy and said that “science may yet produce” a cure for homosexuality.

The veteran anti-LGBT campaigner made the comments today (June 2) on Sky News when pressed about a 2012 article she wrote lamenting that therapy to make people “become heterosexual” was denied to “unhappy homosexuals.”

Asked about her 2012 remarks, Widdecombe, 71, said, “I also pointed out there was a time when we thought it was quite impossible for men to become women and vice versa.

“And the fact we now think it’s quite impossible for people to switch sexuality doesn’t mean science may not yet produce an answer at some stage.”

So-called gay conversion therapy is still legal in the UK, although almost exactly one year ago the Conservative party vowed to outlaw the practice.

Widdecombe also said, “I’ve never claimed that such science already exists… I’ve merely said that if you simply rule out the possibility of it, you’re denying people confused about their sexuality the chance [to change it].”

The Brexit Party is led by Nigel Farage. A candidate for the party previously said that not all Brexit Party members are “homophobic racists.”

When asked on Sky News whether conversion therapy would feature in the Brexit Party’s manifesto, Widdecombe said, “I do not imagine for one moment that the Brexit Party will be putting forward a policy on gay sex changes in its manifesto.”

“You’re just looking for things that do not determine people’s votes.”

Earlier this year, a Stonewall spokesperson said, “Any form of ‘therapy’ that attempts to change someone’s sexual orientation or gender identity is unethical and wrong.”

“These so-called conversion therapies have been condemned by all major UK health organisations as they try to shame a person into denying a core part of who they are, and this can have a seriously harmful impact on their mental health and wellbeing.”

“Same-sex attraction is natural, normal and not something that can or should be ‘cured’.”