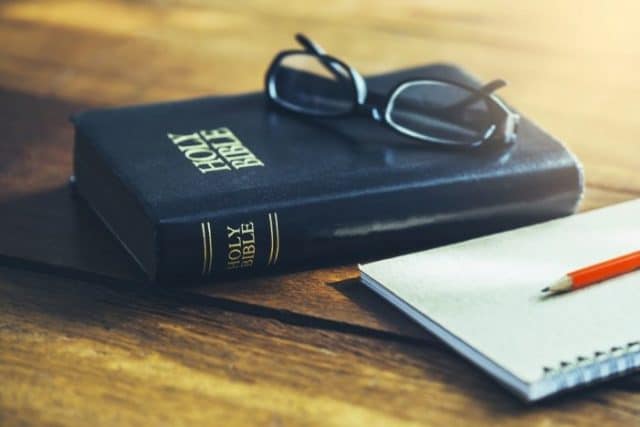 A third Indianapolis Catholic high school has become embroiled in the local archdiocese’s war on LGBTQ teachers. This time, the school caved and fired a teacher for being in a same-sex marriage after the Archbishop threatened their existence.

The archdiocese has admitted it instructed all schools under its umbrella to immediately enforce all employment contracts – effectively a blanket order to fire any LGBTQ staff members. Over 70 schools in central Indiana are under the archdiocese’s administration.

“To effectively bear witness to Christ, whether they teach religion or not, all ministers in their professional and private lives must convey and be supportive of Catholic Church teaching,” the archdiocese said in a statement sent last week.

Matt Cohoat, chair of the Cathedral High School Board of Directors, and Rob Bridges, president of the school, posted a message on Cathedral High School’s website said that the decision to “separate from the teacher” came after “22 months of earnest discussion and extensive dialogue with the Archdiocese of Indianapolis.”

The message said that the Archbishop of Indianapolis, Charles Thompson, threatened the school’s Catholic identity if they didn’t comply with guidance requiring them to fire the gay teacher. If they lost their status as a Catholic school, the message says that they would lose the ability to employ diocesan priests and they may even lose their non-profit status.

They called it an “agonizing” decision and made it clear that they did not agree with the decision and were being forced into firing the employee.

“Archbishop Thompson made it clear that Cathedral’s continued employment of a teacher in a public, same-sex marriage would result in our forfeiting our Catholic identity due to our employment of an individual living in contradiction to Catholic teaching on marriage,” Cohoat and Bridges wrote.

The decision follows another Indianapolis Catholic school being punished by the archdiocese for refusing to fire a teacher in a same-sex marriage.

Thompson took away the Catholic identity of Brebeuf Jesuit Preparatory School, a decision that was criticized by the school as an “unprecedented” overstepping of authority, saying that employment matters are usually not subject to the archdiocese’s jurisdiction.

While Brebeuf also lost the ability to use diocesan priests, none worked there. Brebeuf is sponsored by the Midwest Jesuits and receives no money from the archdiocese.

The pressure from Thompson is part of a larger campaign against LGBTQ people at Catholic schools in Indianapolis. Last year, Shelly Fitzgerald, a guidance counselor for 15 years at Roncalli High School in Indianapolis, was placed on administrative leave when someone found her marriage certificate that showed that she was married to a woman.

Fitzgerald has filed a discrimination complaint with the Equal Employment Opportunity Commission, saying that the school engaged in illegal sex discrimination for firing her for marrying another woman. She intends to sue.

Thompson defended the decision to fire Fitzgerald. He argued that teachers and counselors at Catholic high schools are “ministers of the faith” and therefore must “be supportive of the teachings of the Catholic Church.”

Church officials have not called for enforcement of other church teachings that would target divorced teachers, janitors who use birth control or condoms, or any staff member who has had an abortion.

Out Indiana Senator J.D. Ford (D) decried the decision on Twitter, calling out the school for accepting state voucher money while discriminating against LGBTQ employees.

“I’ll say it again for those in the back, if you get state money you shouldn’t be able to discriminate!” Ford wrote.

And yes Cathedral High School gets public voucher money. I’ll say it again for those in the back, if you get state money you shouldn’t be able to discriminate! https://t.co/jUyEEUbnKY