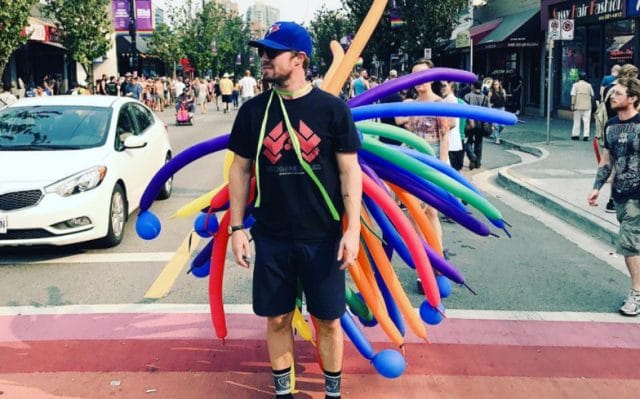 Arrow star Stephen Amell popped along to the 39th annual Pride parade in Vancouver, Canada over the weekend with his model wife, enjoying all the LGBT+ festivities the celebration had to offer.

He marked his big day by posting out a lovely photograph – to his 5.4 million Facebook fans no less – of them on one of the city’s rainbow crossings, which were laid down especially for the event.

However, such is the internet that within hours, the actor was faced with a number of homophobic comments.

His response to the bigots? Well, it was perfect.

“So I’m scrolling through my page this morning and I was really taken aback by some of the back and forth commentary after I posted two photos from the Pride Parade / Festivities yesterday in Vancouver,” he wrote on Facebook.

“The vast majority were positive, but a laughable amount were negative. I had a fantastic weekend in Vancouver with my wife and friends, met some terrific people and more than anything just tried to soak in all the positive energy from people living their best lives.

“If I’m in Vancouver next year I won’t just go back, I’ll walk in the parade. So for everyone in their negative pants: Go be on the wrong side of history on somebody else’s Facebook page.”