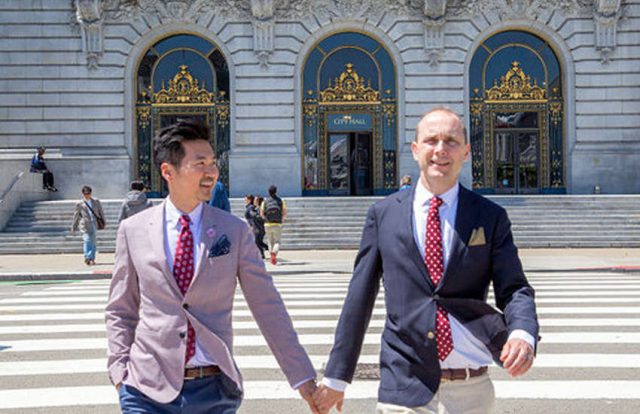 Gay US diplomat Hanscom Smith was named as the new Consul General of Hong Kong and Macau on Friday (14 June).

Smith made headlines in 2016 when he

Photos of the wedding shared on the US Embassy’s page on social media platform Weibo were met with excitement from Chinese users.

In a press release, the US Consulate said Smith had previously served as a diplomat in Shanghai, Beijing, Phnom Penh, Bangkok, Kabul, as well as in Copenhagen and Yaounde, capital of Cameroon.

He most recently served as Deputy Assistant Secretary of State responsible for China affairs.

It also comes as the US joins other countries in voicing concern over a controversial bill that would allow extradition to China.

The bill has prompted

Angus Leung, an immigration officer who married his husband Scott Adams in New Zealand five years ago, sued the government in 2015. It had refused to recognize his marital status and grant his husband benefits such as medical insurance.

But, judges ruled Hong Kong’s civil service and Inland Revenue Department must recognize the pair as a married couple.

A lesbian woman, known as MK, meanwhile is arguing in the High Court that preventing her from forming a partnership contravenes her rights to equality and privacy.

Also, a 21-year-old student, known as TF, and a 31-year-old activist, known as STK, are leading marriage equality challenges.

The men argue that government policy violates their right to equality.