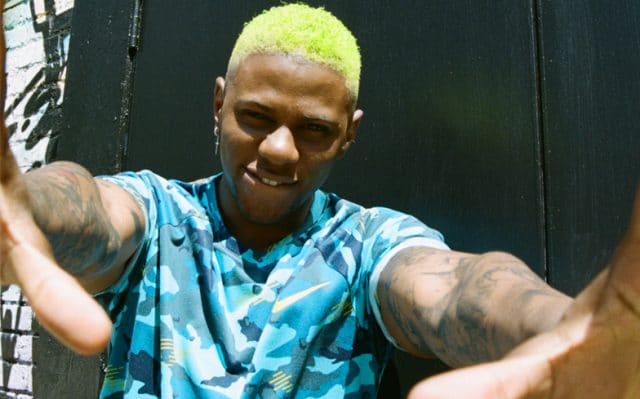 And what a way for Joelle D’Fontaine to start dismantling that preconceived idea than becoming the only male trainer from the LGBTQ community that is a Nike Trainer.

The dancer and fitness instructor – who also founded At Your Beat – is using his talent to create a new type of fitness community; one that doesn’t discriminate and is inclusive of all sexual orientations, gender identities, races, shapes and sizes.

His outlook on how fitness can be incorporated into your everyday life to help combat mental health issues, overcome lack of confidence, and generally keep health while having fun, is refreshing in an industry that has traditionally only targeted a certain type of person.

Here we speak with Joelle about his journey to become a Nike Trainer, the challenges he faces as a gay man of colour in the world of fitness, and how looking after ourselves physically can help our mental wellbeing.

You’re the only male trainer from the LGBTQ community that is a Nike Trainer – what does that mean to you?
It means a lot – I’m the only LGBTQ person and also a man of colour! I think it’s so important to be represented as a man of colour, and also as queer, within the fitness world – where diversity is definitely lacking. But change is happening, with Nike leading the way. I’m definitely not the type to shy away from being 100% unapologetically bold in both those categories.

What has your journey been like to get to this point?
It was definitely not a conventional journey. I danced in gay clubs first, and that was my introduction to dance and fitness. I found my love of making people happy through movement (I mean, it was twerking, so of course people were going to be happy) and then I just carried on working on my dancing until I felt I was at a level where I could teach others. 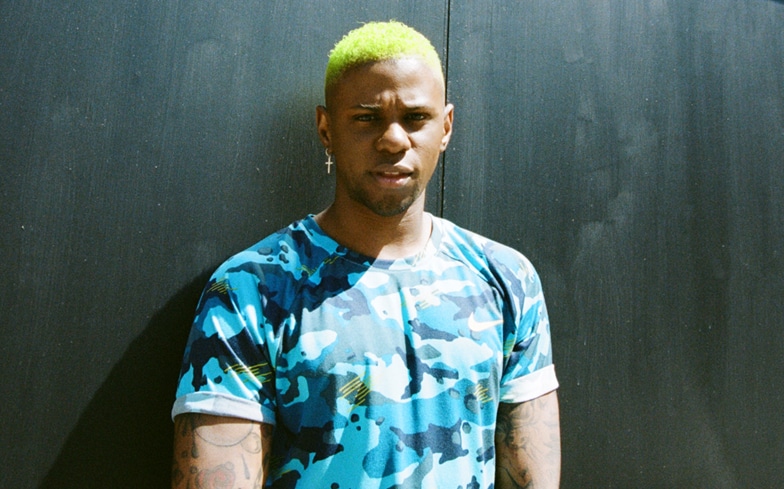 I randomly moved to Slovakia to teach dance at a school, which was interesting being the only black guy, and also gay. After that I started teaching at Blok, Frame and Shoreditch House, meeting many influential, amazing people; designers, musicians, directors. I was then offered opportunities in more creative sectors by designers such as Sophia Webster. I was teaching jobs around London and choreographing for an artist called Rina Sawayama.

Through all of this, I met an amazing woman called Naomi Shimada, who was doing work with Nike and she got me involved. Then one day the Nike Brand Manager came to one of my classes, and I guess they liked me and asked me if I had any PT training. I didn’t have any formal training, but I knew I could do a course. I completed it in two months, and then I was offered the job as a Nike Trainer! It has not been long and already I feel like I am on the best path to make changes in the fitness industry. I believe in all that Nike is doing as it directly impacts the communities that I grew up in and still navigate through – and that’s where the ethos for At Your Beat studio comes from too.

Why did you decide to start At Your Beat?
London, like most big cities, can be a lonely and hedonistic place. I grew up alone and with no real connections, and when I started going to gay clubs I realised I could make a new family and it was great. I wanted to create a space where if you didn’t have your blood family around you, you could utilise the At Your Beat family. Through dance and fitness, community can be made, and friendships can be formed that last – I was the perfect example!

I also wanted to create a space that looked like the city I was born in – black, white, Asian. Gay, straight, trans, non-binary. Man/woman, fat/thin, tall/short – I didn’t care, I just wanted a class with everyone because it would let others know, ‘OK this can be your dance fitness fam’. I was tired of working for people that didn’t stand for anything and would use the idea of being something or someone else as a sales mechanism like, ‘Dance like Beyoncé or if in doubt get Sasha out.’ I was like, ‘Nahhhh just be yourself, Beyoncé don’t have the same bills you do so you won’t be the same.’ I just wanted people to be OK with what they were doing in dance and fitness. Doing things – at your beat.

How can having a fitness routine help improve your mental health?
I really think having any type of movement can help with mental health. I know personally when I don’t move I become agitated and lethargic. I think certain types of fitness can improve your mental fitness but also it can hinder it, so it’s all about balance and what types of fitness you’re doing, and you’re doing it. Always keep this in mind. 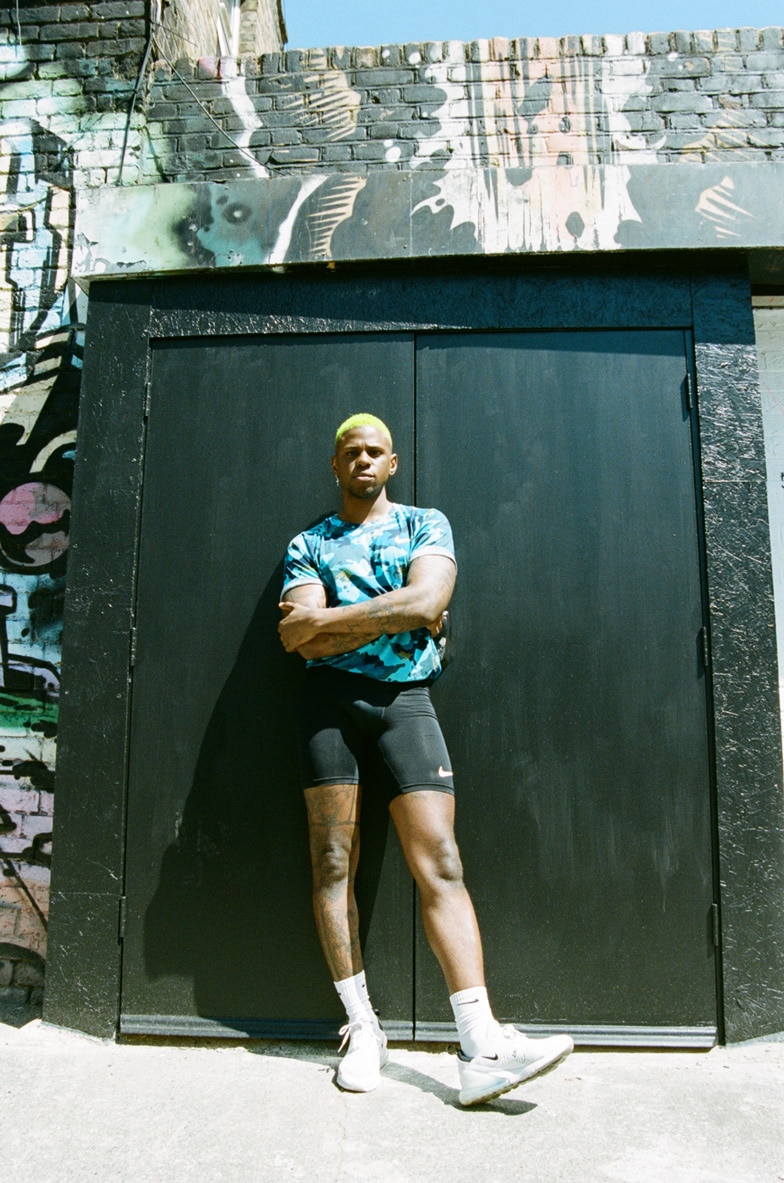 What’s the one thing people can incorporate into their daily routine to help improve their fitness?
Take the scenic route whenever you can! I’m literally the worst; I take the stairs everywhere and the long way around places – partly because I’m enjoying my music, but also because these little extra steps add up, hun!

What’s the one thing you’d encourage people to think about when considering their mental health?
Take as much time as you do looking in the mirror, looking at your physicality, as you do looking inside at your mentality. I think we forget that it’s an everyday thing to focus on your mind, not just a week or a month. Do things that lift you as often as you can so when the time comes when you don’t get to, you won’t feel it as hard.

What are the biggest challenges you face being a gay man of colour in the fitness world?
The fitness world wasn’t made to include us, that’s just the straight up basic way it is. POC are tokens within the fitness community and even now those coins aren’t even getting checked in. It’s more to do with being included at events or showcases – if you’re a POC you are fighting for the POC spot…the . This is the challenge I face before I even get to being gay. It’s kind of thought that the bro-gym-bunny-culture is what you should be doing as a black guy, especially with the old ‘black guys get big so quick’ comments. But it’s not for me so I’m often stereotyped as the flamboyant dancer, and not seen as ‘fitness’ which is very bizarre but it’s a challenge that I welcome to deconstruct. We are always working to get the community to move in any way we can at AYB. We have a Pride weekend of free classes in our Leicester Square location purely because, why not? 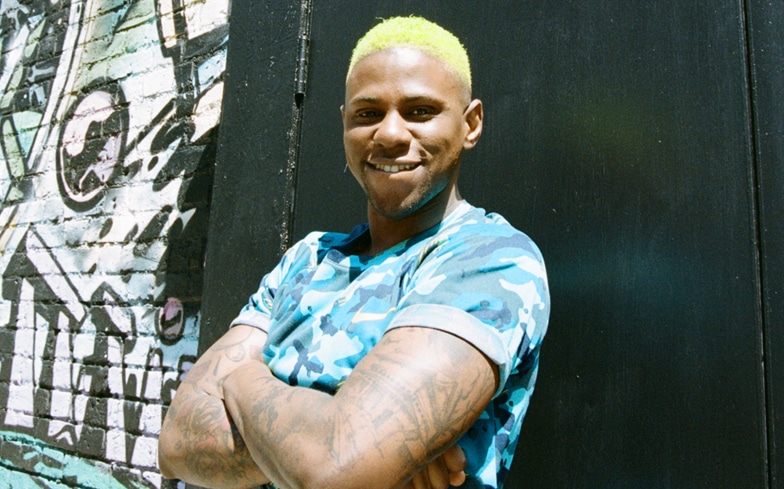 Does there need to be better representation and access for people from marginalised communities in the world of fitness?
One hundred percent! That is not being tapped into at all. Many fitness shows, and expos, completely alienate this audience. I think a lot of the focus has been on women – which is great but what kind of women? Privileged. There are so many people – not just women – that don’t have access to fitness because the price level is insane. This is something I think the industry needs to address, and help marginalised communities feel included. We at AYB hold free classes and open-days very often. Even though we have a great price point that is super affordable, it still helps those that are struggling.

Gay men are more susceptible to mental health issues when it comes to body image – why do you think that is and how do we combat it?
I think this is because we basically value the superficial above all things, in terms of what we see visually within the gay community – for example, flyers always having Adonis-like men, and club dancers being the idea of what perfection is. This doesn’t help when people first come out onto the scene and are met with the ‘no fat, femmes or Asians’ tagline on apps. We have basically decided that if you want to be part of the crowd you need to have abs up to your throat and arms the size of watermelons. This creates body issues before you have even entered the gym (where you end up collecting a few more insecurities). I think the best way to combat this is to just include other narratives of what a gay man can be; he can have a belly, he can be super skinny, he can avoid the gym like the plague and so what? If we showed more of the everyday gay man in the community then people wouldn’t feel so alienated, and those body issues wouldn’t be as drastic as they are now. Small steps make big ass changes!

What’s your favourite song to dance to and why?
Todrick Hall because he’s the definition of gay black excellence and he is bold with it.

What’s your favourite dance move?
I’d say slut-drop. I just call it drop now though as we’re all sluts and who cares!

For more information about Nike Training Club Pro, you can visit their official website here.