Some puns just write themselves. For example, when a sexy model and singer, like Ashley Parker Angel, puts his dog (actual dog) on display, while also putting his hot dog (the other one) on display. 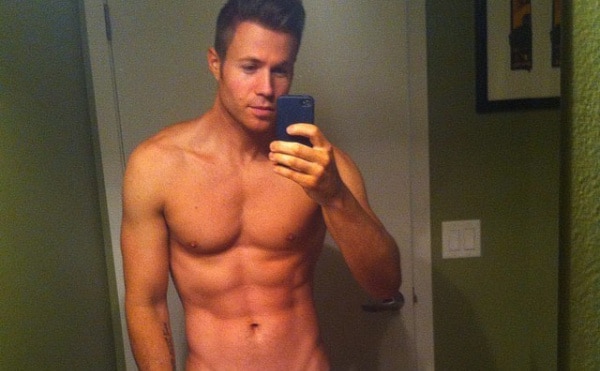 Ashley Parker Angel is a former O-Town singer – an American boy band formed during MTV’s Making The Band reality TV show. He’s also an actor and a model, and best of all – he sometimes gets naked on Instagram. Other times, his penis line is very… visible.

Which is the case today – Ashley was celebrating “National Pet Day” on his popular Instagram page, with his pal “Jimmy”. (Jimmy is the name of the actual dog, mind you).

But you know, when you wear super-tight white undies… well… this is the result: