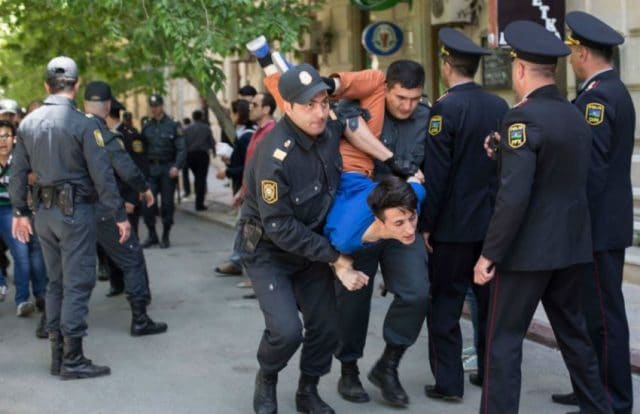 Over the last several days, LGBTI activists in Azerbaijan report a sudden crackdown on people who do not correspond with ‘national traditional values.’

Samad Ismayilov, president of Minority Azerbaijan, said it started several days ago. He received an anonymous testimony from a detained LGBTI person.

He shared the testimony with Gay Star News: ‘I was with my friends in the downtown (Nizami Street) around 12am and a group of people approached us asking what we are doing there.

‘We were 5 people, they took us to the police car saying that they need to identify us. 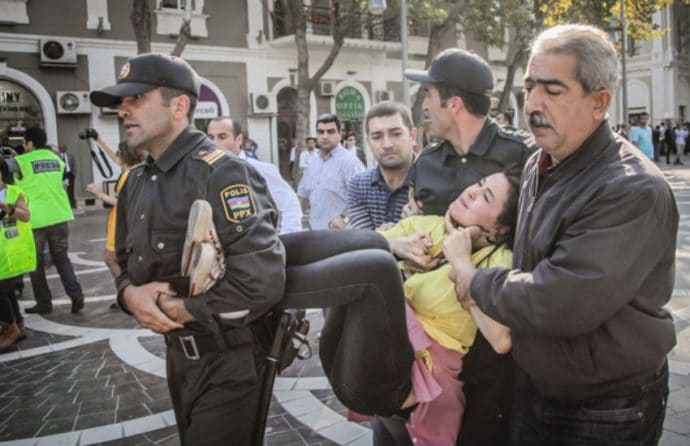 ‘I started arguing with them saying that I have my ID on me. So I showed them and they let me go but took all of my friends.

‘I went to their home and got their ID’s and then went to the police station, they have released them only after 2 hours, humiliating them and warning that they don’t want to see us in the city anymore.

‘Yesterday they stopped me again just near my place saying that they are conducting a raid. I was sitting in the park close to my home, luckily my family was around and they started arguing with police and they didn’t take me.

‘I have few friends that police arrested them just in their house.

‘They make others to talk and give them the addresses of their friends so they randomly come to your house and arrest you. Also, they arrested most of them for 20-30 days.

‘And if you don’t give information about others, they call to your family (which is the worst) or beat you. Most of them were beaten, they shave transgender people’s head, and they humiliate them.

‘The police threaten them to get information about others. When I tried to ask why all this happening, some said it’s a raid and some said to me that it’s none of my business and if I don’t shut up, I’ll be in trouble. 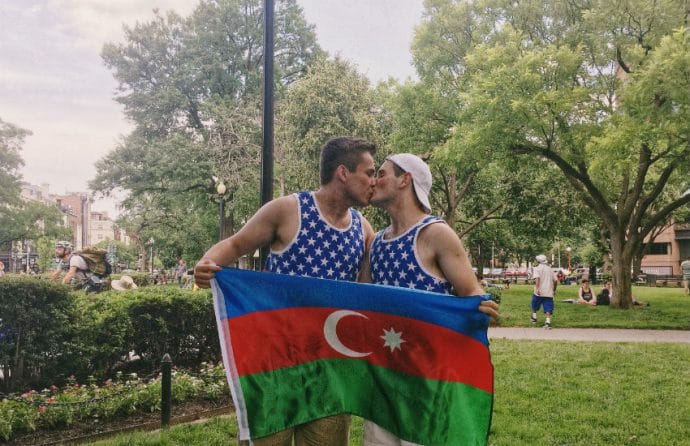 ‘They treat you like you’re a murderer and they even arrested one of my friends who works at a bakery. They took him from his workplace. There are many others (I cannot say their names) stylists, translator, they took them from the club.

‘We wrote a letter to the First Vice President Mehriban Aliyeva already.

‘Also my boyfriend and other friends are receiving several calls every day from random numbers asking them to meet – we are afraid that this is how police wants to arrest them.’

‘For sure we know that more than 50 people are arrested’
President of the Nefes LGBT Azerbaijan Alliance, Javid Nabiyev, confirmed the reports in a Facebook video.

He starts in the video: ‘Suddenly, without any clear reasons to us, police officers from the Ministry of Internal Affairs organized raids against gay and transexual people.

‘For sure we know that more than 50 people are arrested.

Ayaz Efendiyev of the Justice Party called for the arrests to continue. He said in a statement: ‘Western circles are trying to destroy our national traditions under the name of ‘human rights.

He describes LGBTI people as ‘creatures who are sources of immorality, dangerous diseases, and who have been cursed by God.’