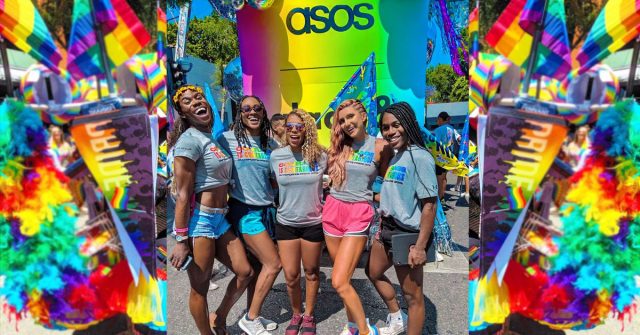 The athletes took to Instagram in support of a campaign with The Points Guy during Pride Month to raise $1,000,000 for Rainbow Railroad, an organization that provides support for LGBTQ people as they seek safe haven from state-enabled violence, murder, or persecution.

Each donation will qualify supporters for a chance to win a trip to NYC to meet with Brian Kelly, who will plan the trip of a lifetime using 1 Million Chase Ultimate Rewards Points.

The campaign kicked off June 11th and will conclude with a Boeing 747-themed float in the NYC World Pride March on Sunday, June 30th. The focal point of the march will include Chechen refugees who, despite the many hardships facing them, will be able to march freely in their first Pride March.

Click here for more information about Rainbow Railroad’s campaign, to donate and enter to win the grand prize as well as bonus thank you gifts, including an opportunity to join the athletes on the NYC March float.