Home Gay Life At what age does a gay man give up looking for love... 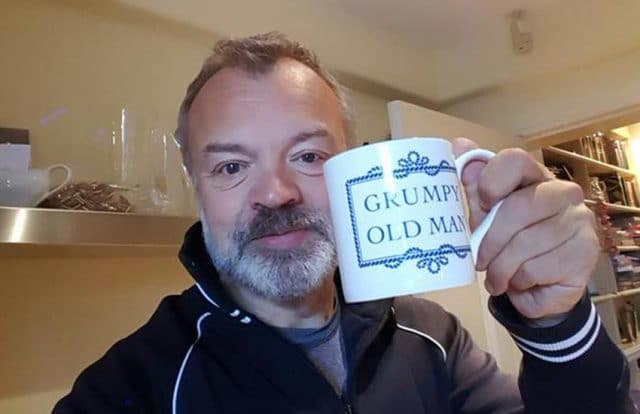 TV’s Graham Norton has said he feels like a failure for not being settled down with a significant other. Don’t put a sell-by date on yourself, says David Hudson

‘I’m 52 and I’m single and on some level I feel like I’ve failed because by the time you’re my age, you really should be settled.’

So said British TV host Graham Norton to the Daily Mail this week in an interview in which he suggested that he had resigned himself to being without a partner for the rest of his life.

‘I’ve reached the point that when people ask, “Are you single at the moment?” I say, “Come on, you can drop the ‘at the moment’. I’m single forever.”’

Norton’s words struck a chord with me, because – at the age of 46 – I too have wondered whether I am resigned to being single forever. Once you’ve reached a certain age and still seem no nearer tying the knot, one does begin to wonder.

It’s not that I’ve never been in relationships; I’ve been in plenty. In fact, there have probably been around a dozen boyfriends over the last 28 years, with periods of singledom between each one.

My longest relationship was just over four years.

But I’m not getting any younger. And like an X Factor contestant who has just been shot down by Simon Cowell, it’s hard not to wonder sometimes whether one should actually be chasing a different dream.

I don’t feel it with a sense of panic, or last-minute desperation, but simply nonchalant resignation that perhaps it won’t happen for me.

‘There’s someone out there for everybody’, is an oft-repeated mantra of consolation. However, if that were true, everyone would eventually wind up in a relationship, right?

@grahnort @macmillancancer I need that mug for my husband!

But they don’t. And it’s that eventual realization that perhaps leads some people – myself included – to simply give up on the whole idea.

I also don’t believe it’s simply a matter of luck. If one can pass through 30 years of adult life without finding a long-term partner – whilst living in a major metropolis – then there are usually reasons besides simply chance at not finding ‘the one’.

Norton ponders whether it’s because he has been a workaholic who has always put his career first.

Any analysis of one’s shortcomings is never a bad thing if it leads to beneficial change. In his seminal book, The Velvet Rage, writer Alan Downs touches upon how gay men often seek fame, success and recognition to compensate for a lack of self-esteem – having grown-up in a world which tells them a fundamental part of their character is shameful.

Others may have been scarred by previous brushes with love. Sometimes, the temptation to place one’s heart in cold storage is strong.

Been there. Tried it. Got hurt.

The motivation to once again climb aboard that particular emotional merry-go-round is simply absent.

At least, so I have been guilty of believing.

Maybe the advent of same-sex marriage has brought the issue to the fore. It’s fantastic that same-sex couples can now get married in many countries, and I’m hugely happy for all the people I know who have taken advantage of this fact.

In fact, I’m actually in awe of them. The notion of getting married has seemed to me about as remote as winning the Lottery; a wonderful thing that may happen one day but not something I’m holding my breath for.

I look upon couples I know who have been together 10, 15, 20 years with something approaching wonderment; do they always appreciate how valuable and precious a commodity they hold?
So, like Norton, I too had resigned myself to the fact that perpetual singlehood may be my default setting.

And then a few weeks ago I read a business book and was taken by a line. It quoted a 2014 book by Nancy Kline, in which she had written letters to a young god-daughter on how to find happiness in life.

‘Love is the text; all the rest is the footnote.’

Love is an antidote to all the bad stuff that life throws at you.

I don’t know why exactly, but it struck me far harder than I was expecting. Perhaps because it was a surprise to find it tucked away at the end of a book about succeeding in business.

Or then again, maybe it just touched a deeper nerve within me – something that I had known but previously denied: You can live a full and happy life without a significant other but to determinedly turn your back on the option of love is to sell yourself short.

Yes, it sucks that the gay scene places such high value on muscles and youthful beauty and it’s little surprise that those who are older decide they can’t compete. And looking for love can be a frustrating and painful experience; rejection hurts. Sometimes it feels easier to resign one’s self to being alone.

But what a prize to turn one’s back upon.

In August, the celebrated neurologist Oliver Sacks died at the age of 82. Sacks realized he was gay as a teenager, but remained firmly in the closet. He was purposefully celibate for 35 years but found love late in life – meeting his partner, the writer Bill Hayes, when he was in his mid-70s. They were together until Sacks’ death.

Last month, a 96-year-old WWII veteran, John Banvard, married his partner Gerard Nadeau, age 67. The two have been together for two decades and married at the senior living facility in San Diego where they have lived for the past three years.

I may not be running around town looking for it – as I was in my 20s – but I’ve decided that I’ve not given up on love. My heart will remain open. I may indeed never marry, and am unlikely to ever celebrate a ruby wedding anniversary, but love is not the preserve of any age group.

The only sell-by date is the one you impose upon yourself.
@davidhudson_uk