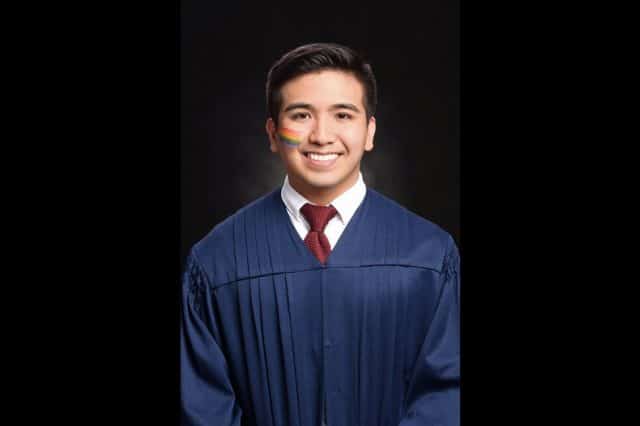 MANILA – During his elementary school days, he was bullied for being gay, an identity that he carried with shame. Later in life, he was able to overcome.

While he had fully come to terms with who he is, Ateneo law school valedictorian Sean Borja said many in the LGBT community are still afraid to come out and need some encouragement.

Borja believes topping the 2018 Bar exams gives him a platform to push for LGBT rights.

“Other than the mundane, I think what I would really want to show is to keep pushing my limits to show that people like me, people from my community can achieve so much if people will just listen and look out for us,” Borja told ANC.

The Atenean law graduate is a vocal advocate of LGBT rights, having experienced discrimination himself when he was just a child exploring his real identity.

He cited how society had for long looked down on gays, never considering them to hold key leadership positions.

“For a long time, I was made to believe that members of the LGBT community could never be anything beyond mere providers of entertainment. The moment we come out, we will never make CEO, President, or Senior Partner. After all, society itself has charted our destiny to become marginalized, second-class citizens,” Borja said in a Nov. 2017 Facebook post.

“Eh bakla ka eh, so hanggang parlorista ka lang (You’re gay, so you can only be a parlorista [one who works in a salon]). O di kaya (or else a) talk show host. So don’t ever make the mistake of telling anybody about who you are. Don’t come out. Fake it,” he added in his post.

He then cited how he saw people like him excel in areas outside the stereotypes.

“And yet all around, I’ve seen people like me who’ve made great strides in the fields of law, science, business, the arts, and even politics – more so than their “normal” counterparts. It is also in the LGBT community where I’ve observed love– whether spousal, friendly, or familial– that was genuine, unconditional, and limitless.”

Speaking to ANC, Borja said: “There were a lot of times I doubted myself… I did overcome those doubts, those insecurities. I’m just happy to be myself.”

Scoring 89.3 percent, Borja bested 8,154 other candidates who took the November 2018 Bar exams. He garnered the highest score among the 1,800 who passed.

“I was shouting out of happiness and my parents came out of the room shouting as well,” said Borja, who waited for the exam results at home.

Borja said he could now heave a sigh of relief, as many people set high expectations for him because he graduated at the top of his class.

“I guess when you’re valedictorian, a lot of expectations come out. So a lot of the faculty told me after graduation, ‘Hey top the bar ha,’” he said.

“There was definitely that pressure going in to the Bar exams. But I just thought, ‘Hey you know, I guess I don’t owe anybody anything anyway.’ If I were to top the bar, it has to be something that I wanted for myself as well.”

Asked how he ended up in law school, Borja shared he initially had a “quarter-life crisis” and could not make up his mind about pursuing law studies.

“I figured out I was really bad in business so I thought law might be the way for me,” he said.

Now that he is a lawyer, Borja said he would like to “provide a voice for people who don’t necessarily have that. In the sense that not everybody might have the courage to speak up what their rights are or what they want.”

London’s Heathrow Airport Declares Its Love of the LGBT Community 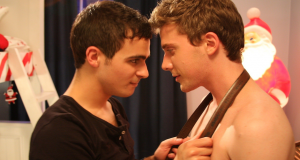 Nick Gayer
0
Did you make the trek home to the hetero household you grew up in to enjoy quiet times around the television, visiting with aunts,... 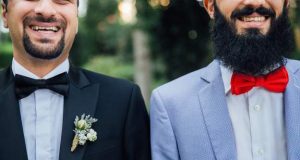 Malaysia Newspaper Advises How To Spot A Gay!

Nick Gayer
0
The Ignorance Is Laughable! PUH-LEASE! If you aren’t aware, it is illegal to be gay in Malaysia. Yes, they have a homophobic rhetoric which carries...