Home Gay Life Aurora on sexuality, gender and her advice to those struggling with either 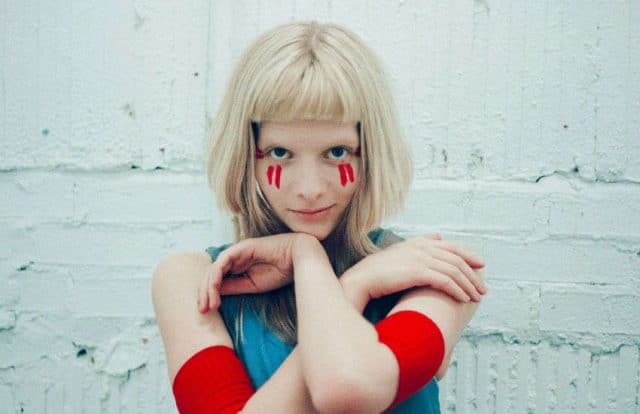 Norwegian pop star Aurora has opened up about her sexuality and gender identity.

The singer, whose new album is out now, says ‘I feel so in tune with the world trying to ask for the labels to disappear.’

Aurora spoke to Gay Star News after the launch party of A Different Kind of Human (Step 2) in London earlier this week.

‘I feel like right now I have a lot of female energy in me,’ she says. ‘When I was younger I was a tomboy, and I felt really in tune with my neighbour friends, and all I wanted was to feel wild and free. I’ve loved a woman before, and I’ve loved men.’

‘I feel so in tune with the world trying to ask for the labels to disappear,’ she furthermore continued. ‘I support it. I love that, and feel like I have the capabilities and dreams of both women and men in me.

‘I’ve always felt very free, and in many ways that has influenced the way I am, and the way I create. Utter freedom. To be whatever you want to be.’

Aurora’s new album has been met with critical acclaim – just like her last record, 2016’s All My Demons Greeting Me as a Friend.

She is known for tracks like The River and I Went Too Far.

Asked what her advice would be to a public figure struggling with their sexuality and/or gender identity, Aurora replied: ‘I’d say, don’t look for an identity out there to match you. You’re your own kind, no matter how much we keep searching for similar souls.’

‘There are people in the same situation out there in the world searching,’ she furthermore said. ‘So you’re not alone, but still you are unique. And spending more time searching for the true you is no bad thing.

‘It’s also taking your time, knowing that whatever you are, it’s up to you to decide what it is. And the possibilities are endless.

‘You are you. And that doesn’t have to be defined by the world, not even understood. Just go with your instinct.’