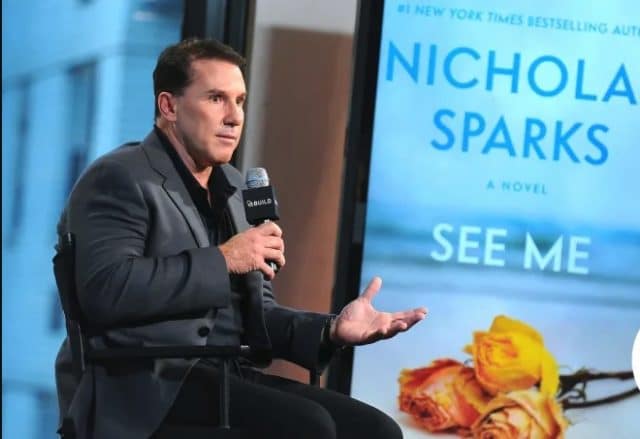 The bestselling romance novelist Nicholas Sparks has been locked in a five-year legal battle over his attempts to ban a LGBT+ club and lesbian student protest at the Christian school he co-founded.

Sparks is a prolific writer whose twenty romance novels, including The Notebook, have all been international bestsellers. Eleven of his novels have been made into multimillion dollar box office films.

Emails obtained by The Daily Beast reveal a bitter battle between Sparks and the school’s former headmaster, Saul Benjamin. In his role as Chairman, Sparks criticised Benjamin for showing “what some perceive as an agenda that strives to make homosexuality open and accepted” and advised him not to “rock the boat on this issue.”

In one email, Sparks lists a catalogue of complaints against the headmaster, including “misplaced priorities at the school level (GLBT, diversity, the beauty of other religions, as opposed to academic/curricular/global issues, Christian traditions, etc).”

Benjamin says the emails are indicative of a pattern of harassment, racism, and homophobia from the author, who rejected Benjamin’s attempts to make the school inclusive of all faiths, races and sexualities.

Sparks has denied all claims and refused to comment on The Daily Beast‘s investigation.

The complaints started in 2013 when Benjamin began to hear reports of students asking teachers questions about sexuality.

In response to bullying from fellow students, who allegedly told their classmates they wanted to start a “homo-caust,” the children in question gathered informally to discuss their own identities and sexualities. On hearing of this, Sparks accused Benjamin of secretly authorising a “gay club” against school policy, and insisted that the club be banned.

Benjamin alleges that he was accused by school board members of “promoting a homosexual culture and agenda,” and that two bisexual teachers were threatened with termination if they continued to discuss the issue or provide private support to students.

Benjamin’s attorneys wrote: “Sparks and members of the Board unapologetically marginalised, bullied, and harassed members of the School community whose religious views and/or identities did not conform to their religiously driven, bigoted preconceptions.”

A month later (November 2013) two lesbian students approached the headmaster and informed him of their plan to stage a protest and announce their sexuality during a chapel service. This, too, was banned.

In an email to Benjamin, Sparks writes that previously gay students were “handled quietly”, adding, “I expect you to do the same.”

Three days later, Benjamin was called into a lengthy meeting with the Board of Trustees where he says he was not allowed to leave, call a lawyer or use the bathroom.

Sparks reportedly acted in a “loud, ranting and physically intimidating manner,” called him a “liar” and demanded that he resign. Benjamin did so, after only 98 days in the post.

Sparks still maintains that Benjamin is a liar and denies all allegations in the lawsuit, which Benjamin filed against Sparks and the Board of Trustees in October 2014. He is seeking punitive damages for discrimination, breach of contract, emotional distress and defamation. A six-day trial will be held in August.