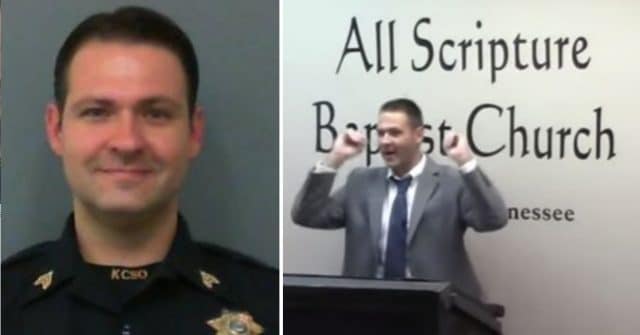 Authorities are investigating after a Tennessee church pastor, who is also a detective in the Knox County Sheriff’s Office, called for the execution of LGBTQ people during a recent sermon.

All Scripture Baptist Church pastor Grayson Fritts said in an hour-long sermon that LGBTQ people should be “put to death,” referring to them as “freaks” and “animals,” according to CBS 8 WVLT.

“Here’s how it should work, it shouldn’t work when we go out and we enforce the laws, because the Bible says the powers that be are ordained of God and God has instilled the power of civil government to send the police in 2019 out to these LGBT freaks and arrest them,” Fritts said in his June 2nd sermon.

“Have a trial for them, and if they are convicted then they are to be put to death … do you understand that? it’s a capital crime to be carried out by our government.”

The sermon sparked an investigation by the Knox County District Attorney’s Office, which put out a statement saying it is looking into the incident and will take action accordingly.

The Knox County Sheriff’s Office also put out a statement noting that Fritts was taken off active duty with the sheriff’s department earlier this month as he waits for a county buyout offer.

“I want to be very clear that it is my responsibility to ensure equal protection to ALL citizens of Knox County, Tennessee under the law, my oath and the United States Constitution without discrimination or hesitation. Rest assured that I have and will continue to do so,” Knox County Sheriff Tom Spangler said in the statement.