Home Gay Stars Barry Manilow: Coming out earlier would have ‘killed my career’ 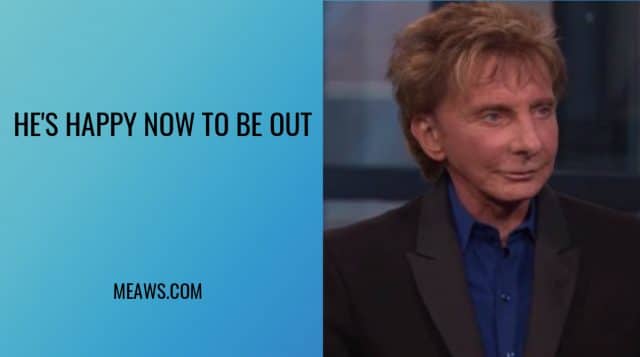 He’s happier now to be out

In a new interview, Barry Manilow said it’s ‘wonderful’ to be publicly out, because for years he believed he couldn’t be.

‘I went through many, many years when I couldn’t do that,’ he told the Daily Mirror of being able to talk openly about his husband, Garry Kief.

Manilow fell in love with Kief, who’s also his manager, in 1978 and the couple married in 2014. The legendary singer, however, did not come out publicly until 2017 in an interview with People magazine.

Now he reveals it’s because he thought it would end his career.

‘It would have killed my career,’ he said. ‘Immediately. As soon as the word got out my career would have been over.’

As Manilow describes it, he didn’t view his not being out as hiding, but simply not publicizing this part of himself.

‘If I publicised it, especially in the 70s and 80s – no way,’ he commented, but also acknowledge it was ‘stupid’.

He continued: ‘Everybody knew it, we had to watch out for making a mistake. Not that everybody didn’t know, people are very smart. When I started, I knew I was gay, I had a hit record and I was on the cover of Teen Beat magazine. Now what do I do? I guess it became OK a couple of years ago.’

Fortunately, Manilow also said there has been ‘not one note of negativity’ from his fans.

‘I knew they would be OK with it,’ he said of his fans. ‘All they ever cared about was my happiness. I think they were thrilled I had someone in my life like Garry.’

Manilow, 75, is still very active with his music career. He currently has a Vegas residency until October and is working on three albums.

‘I’m crazy, I admit it. I get up at 4am and look at the show from the night before and I make notes and make the show better,’ he said.

Despite the dedication and hard work, he added he doesn’t take the ‘singing thing seriously’.

Manilow confirmed he needed to get off the road — hence a Vegas residency — but has no intention of retiring.