Being Out is a new feature that looks at LGBTQ people in sports who have come out since Outsports first published in 1999. Today: Baseball umpire Dale Scott

In his 30 years as a Major League Baseball umpire, Dale Scott worked all the big events, from All-Star games to playoff series to World Series games.

Like most umpires, Scott would have preferred to remain unknown since that meant he wasn’t involved in any on-field controversy. But one interview with Outsports in 2014, where he came out publicly as gay, made him an accidental activist.

Since coming out to the world, Scott has received hundreds of emails from people telling him that his story encouraged them to follow their own truth. It made him realize the power of visibility. “It is a freeing feeling and I didn’t necessarily anticipate that because I didn’t feel I was that stuffed into the closet,” said Scott a few months after his story was told.

Below, Scott mentions some of his most memorable sports moments, but the wildest single inning he ever worked was in Game 5 of the 2015 playoffs between Texas and Toronto when he got as much air time as the players. Now retired and enjoying life with his husband, Michael Rausch, it’s an on-field moment that he treasures.

Scott will be a speaker at the 2019 Outsports conference in Los Angeles. Here are Scott’s answers to our six Being Out questions:

What do you love the most about baseball?

I was always in love with the game of baseball, from as long as I could remember. Growing up in Eugene, Oregon, we had the AAA Eugene Emeralds, a farm club of the Philadelphia Phillies in the late 1960’s and early 70’s. My dad’s employer had reserved season tickets that he could use. He would take my younger brother and I several times a year and almost always, per my request, for my birthday in August.

I was convinced I would eventually be first baseman for the Los Angeles Dodgers when I grew up. The only thing that held me back was that I couldn’t run, hit, field or throw.

So I started to umpire at age 15, which eventually led to Umpire School at 21 and the start of my professional career. I enjoyed the challenge of getting pitches and plays right, being (or trying to be) the calm voice in the middle of chaos while dealing with situations, of walking onto the field never knowing what’s ahead … a no hitter? Triple play? Obstruction? Every game was an event all its own. 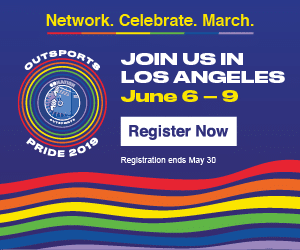 I’m very proud to be the first active male official to come out in the five major American sports (MLB, NBA, NFL, NHL and MLS). Although that wasn’t the motivation for publicly coming out in 2014, the response I received and the difference my story has made to individuals around the world who’ve contacted me has been inspiring and humbling.

If I had a gay umpire or other sports official to look up to when I started umpiring in 1975, when I broke into the minor leagues in 1981, it would have helped to ease the anxiety I experienced while progressing in my profession.

If I had a gay umpire or other sports official to look up to when I started umpiring in 1975 and when I broke into the minor leagues in 1981, it would have helped to ease the anxiety I experienced while progressing in my profession. Each step that got me closer to my ultimate goal of working as a Major League umpire, also ramped up the fear and anxiety of being outed, exposed, and what I imagined would be the implosion of my dream.

I wish I would have heard what I’m saying to younger officials today who, by being LGBTQ, might think their dream or goal of officiating at a major league level in any sport isn’t realistic. It is. 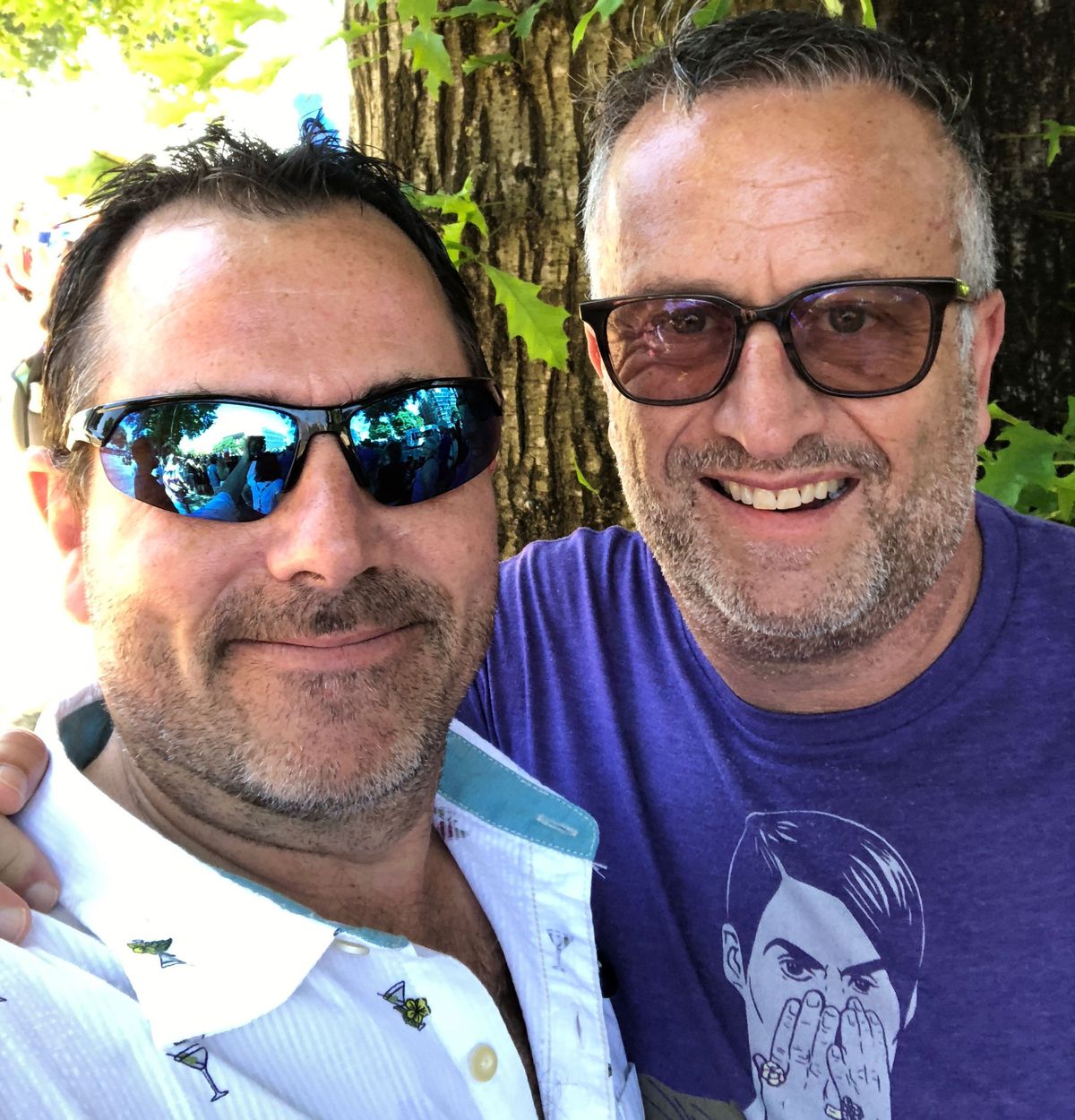 Not to sound like a cliche, but my dad, Jess, inspires me. Here’s a guy who is pretty conservative, who was born during the Depression, who like all fathers had dreams and inspirations for his two children. An avid sports fan, he was so excited to watch my progression as I worked up from a excited umpire school student all the way to MLB umpire at age 26.

I finally came out to him when I was 31, not really sure what his reaction would be.

What inspires me is how he responded, through time, to where he is today. I know at first it was difficult to wade through his emotions and his conservative leanings. He’s now [husband] Mike and my biggest advocate, releasing himself from any ingrained stereotypes or stigmas.

My dad has always been my hero, watching him grow from where he was has been an inspiration.

I’m excited about retirement. Since 1981 until 2017, from March until October, I was basically on the road. At first by car racking up miles in the minor leagues. Then by air, racking up frequent flyer miles. Hitting two, three, sometimes five cities in one week, constantly on the move. Missing the unbelievable Pacific Northwest summers year after year. Being away from Mike for weeks and weeks at a time.

I’m not complaining — I had a fantastic, exciting career. But it’s been such a nice change to not face those travel demands, not be living out of a suitcase, not to be eating in restaurants or airport terminals day after day.

And of course, not to be away for weeks on end, although I haven’t asked Mike about that! 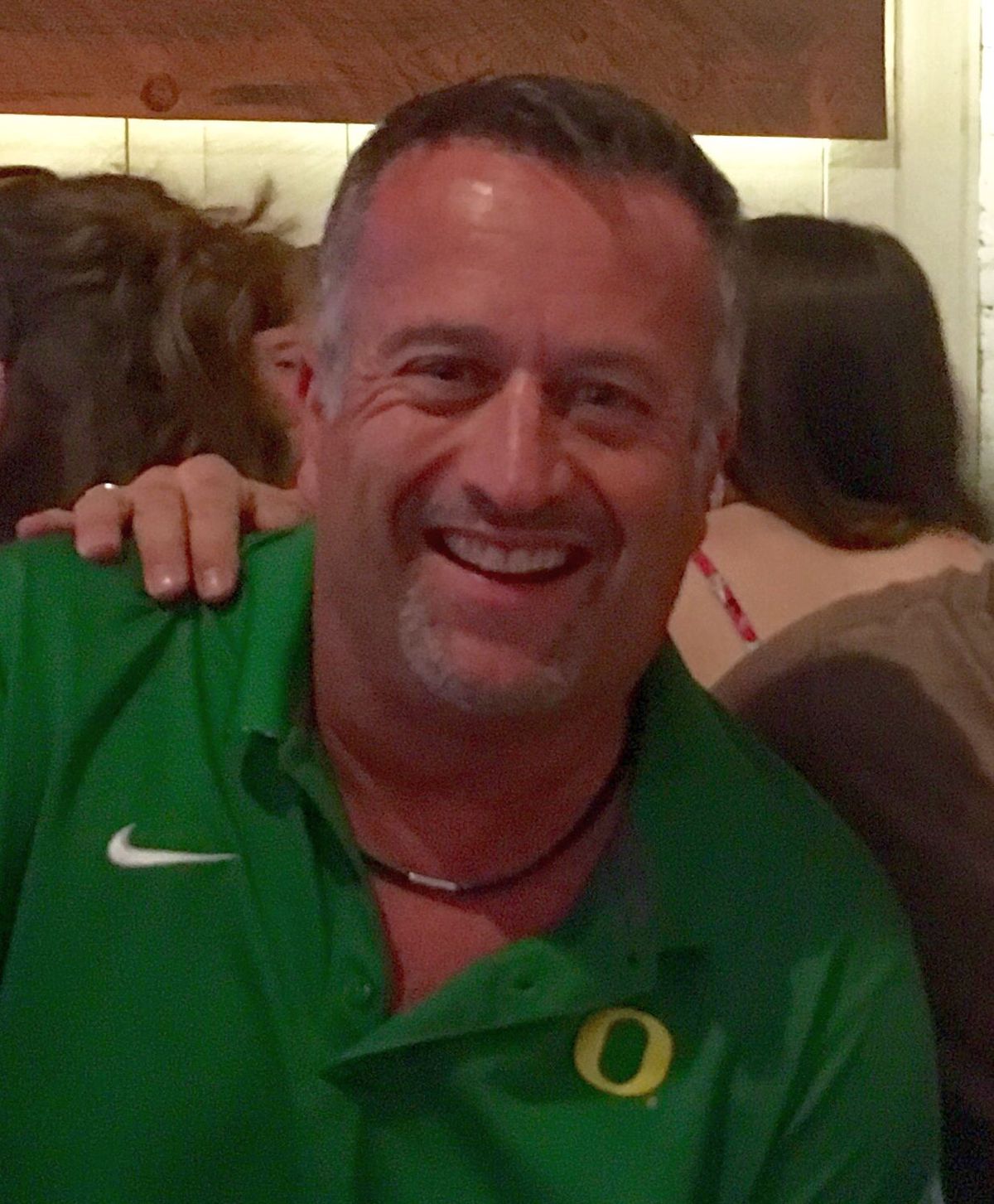 I’ve had many memorable sports moments. I’ve had a love affair with Oregon Ducks football since I can remember. I’ve had multiple moments with the Ducks (not all of them were good, like anytime we lose to Oregon State. I’ve been to all but four Civil War games since 1971).

But the memories I have from my umpire career are many. My first World Series in 1998; my first playoff plate game in 1995 (Yankees beat Seattle in 15 innings, a game that took 5:13); my first All Star Game, 1993 in Baltimore; my first game ever, Detroit at Kansas City in August 1985, and so many other memories of almost 4,000 games worked.

Dale Scott lives in Portland, Oregon, and Palm Springs and can be reached via email (dscottmlb5@gmail.com) or Twitter (DaleScottMLB5)